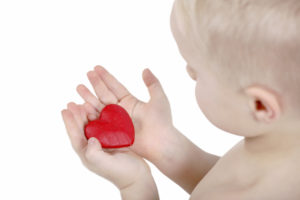 “Hey Mom, Why is the sky blue?” “Dad, Where did I come from?” “Hey Mom, What are clouds made of?” If you’ve ever spent much time around children, you’ve heard all the questions. In fact, one study said that children ask 73 questions per day on average. I remember one drive into the city with our two youngest, Suzi (my wife), and grandma and grandpa in the car. Our youngest son, Jordan, hit the daily average in the first hour on that trip!

Young children are absorbing the world around them for the first time. They’re learning. They ask questions because they don’t know and they want to. It’s refreshing (when it hasn’t reached the point of being annoying), to hear the purity of their asking. Kids are real. There’s no pretense, no arrogance. They just ask because they want to learn. In his book on Leadership, James C. Hunter uses those terms to define “Humility.” He says humility is “being authentic, without pretense or arrogance.”

As I like to say, “The beginning of wisdom is the definition of terms.” So, let’s look at each of those three words used by Hunter. The online dictionary says:

The online dictionary defines Humility as: “a modest or low view of one’s own importance, humbleness.”

One Chinese character for humility includes characters for walking, for connecting and for a small child.

C.S. Lewis said, “Humility is not thinking less of yourself, it’s thinking of yourself less.”

Harry S. Truman is credited with saying “It is amazing what you can accomplish if you do not care who gets the credit.”

When you hear a star basketball player interviewed, which kind of comments draw you to them? Are they the comments from the player who says, “Yeah, I really had to step up my game and carry my team to get the win?” Or are they from the player who says, “I’m really proud of how we were able to pull together and get this win. It’s an honor to be a part of this team?” Of course, it’s the second. We appreciate the humility.

No one succeeds alone. Those who think they do usually do end up alone. Arrogance and Pretense push people away. We are social creatures, designed to live and thrive in community. Every successful person has had teachers and mentors and support people along the way who are as much responsible for their success as they are.

It’s interesting how we use the term “childish” to mean selfish and demanding, someone who might throw a temper tantrum if they don’t get their own way. On the other hand, we use the term “childlike” more positively. It refers to people who have not lost their sense of wonder, who ask questions, who are trusting and genuine, people who rely on others for help and don’t mind. In other words, humble.

The greatest leaders exhibit childlike humility. How can you use your strengths and abilities to lift up the people around you? Who around you now or in the past has been partially responsible for your success? Why not start exhibiting humility by thanking them?

One Reply to “Where Credit Is Due”