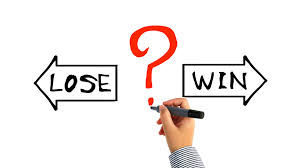 It’s been said that public speaking is the number one fear among Americans. It outranks death (#5) and loneliness (#7) by quite a bit. I saw evidence of that recently when I was at a conference in Orlando where everyone at the conference was required to give a 5 minute speech. There were over 3,000 people at that conference. We only had to give the speech to the eight people at our table but you would have thought it was to the whole conference when you heard people talk about how nervous they were before the speech session.

One of the conference instructors got up in front of the whole group and, knowing how nervous people were, gave some good advice about the speech. “Get over yourself,” he said. He pointed out that we were nervous about what people were going to think of us, whether we would do a good job, whether we might make a mistake or run short or too long. He went on to say that we should focus on what value our words would bring to the others at the table. If that were the focus of our speech (or the purpose of our life), it re-frames everything. My speech ran 20 seconds short, by the way.

That advice brings to mind a couple of quotes. John Holmes said, “It is well to remember that the entire universe, with one trifling exception, is composed of others.” Wow! Think on that for a minute. That quote puts this one by Eleanor Roosevelt into a new perspective. “You wouldn’t worry so much about what others think of you if you realized how seldom they do.”

It’s fair to say that with 7.7 billion people on the planet, it’s no all about me. Let me narrow it down. With 7 people in my family, it’s not all about me. If that’s true (which it is), then we could also say that with X number of people in my organization or Y number of people in my department or on my team, it’s not all about me. Yet, so often with think and behave as though we believe it is all about us. Think about this. What’s the first thing we do when we look at a group picture we’re in? We look for ourselves and say, “That’s a great shot”, if we look good no matter if Uncle Harry has his eyes closed. Right?

I ran across the John Holmes quote in a book by John Maxwell called Intentional Living. The book is about living a life of significance on purpose. Significance, as Maxwell defines it, comes in adding value to others. In a recent post about “selfies” I wrote about how being selfish or self-centered can ruin your team. Success alone can be hollow. Significance never is.

A Pyrrhic victory is one where the cost of winning the battle could lose you the war and it’s the main reason I wanted to write this post. Over the years I’ve run across the wreckage of many who have won battles only to lose in the end. Most often what’s lost is relationships. What was won? Usually an argument, someone had to be right and prove it at literally any cost.

The common theme I hear when I talk to people who have lost because they won is regret. Usually what they lost turns out to have been more valuable to them than what they won.  By the time they’ve realized it, it’s too late. I’m writing to encourage all of us to “get over ourselves” and focus on what we can do to build others up. That’s the real win.