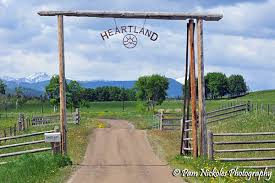 So, where does a family go who just moves out? The first answer is, to a hotel. We were supposed to close on our house on Monday, November 16th. A hiccup with our Buyer’s Buyer’s lender caused a delay that set everyone involved into Plan B mode.  Our buyer had set up a cleaning company and a moving company based on the anticipated close date. Our plans were also based on that close date. We knew we would have to spend a night or two in a hotel. Our plan had been to close on the house, take the proceeds from the sale and buy an RV for the short term. We want to see what happens in the country and I’m still working so that was our plan.

All that was well and good except for a couple realities we didn’t expect. RVs are selling like hotcakes. When we first started looking, we would find one we liked and call about going to see it only to hear it had been sold. We realized there was no point in even looking until we had money in hand. We also discovered that space at RV parks was at a premium. Lots of people in California seem to be going long term in RV parks. More than once we heard, “We don’t have even two week spots at the moment. Call back at the beginning of the month when people pay rent. That’s when things usually open up.” It was good we started the search for RV spots weeks before the originally scheduled closing date. I was able to make a reservation for two weeks at a park that is only one exit away from my work. As that original closing date came and went, I had to change the reservation two or three times. Thankfully, they were able to accommodate the changes without charging an additional deposit.

We finally closed on the Tuesday before Thanksgiving. That evening, Suzi and I spent quite awhile online looking at RVs. When we had confirmation the proceeds had been deposited into our account the next day, we took off to look. We checked out two at a local dealer and then drove to a dealer a little over an hour away to look at the one we both liked best from what we could see online. That turned out to be the one. We met with the salesman who toured us through the unit and explained some things to us. He offered to let us go get coffee to discuss it and promised not to sell it to anyone else until we returned. When we got back from coffee, we met the owner of the dealership who told us more about the unit’s history and how they do business. We made a deal.

Early Friday morning, the day after Thanksgiving, Suzi and I left the hotel and drove back up to the dealership for our walk through with a technician. It was all coming together. We had checked out of the hotel, gotten our reservation reset for this day at the RV park and completed our walk-through. We don’t have a truck to pull the RV yet so we had it delivered. Finally, almost two weeks after we were originally supposed to close on our house, we moved into our 2014 Heartland Big Horn 3875 FB 5th Wheel.

This is the 4th RV we’ve owned over the last several years. In the past we’ve always referred to them as the “rig” or just “the trailer.” We’re tired of that and decided we wanted to call this one something more “homey.” This one is manufactured by a company called Heartland. That happens to be the name of a Canadian TV show Suzi and I like about a family and their ranch. With that connection, we decided to call it “The Ranch.” It sounds much better to say, “We’re heading back to The Ranch” or “Oh, I left that back at The Ranch” than “… he rig” or “… the trailer,” don’t you think?

This series of posts is about stories. It’s about the power of stories to convey truth. Trying to relay a story like this in around 700 words in an interesting exercise. So much has to be left out. What you include in your stories will depend on what message you want people to retain. This one could be about adventure, craziness, boldness, faith, how things work out, or a number of other ideas. I’d be interested in hearing what you took from it.