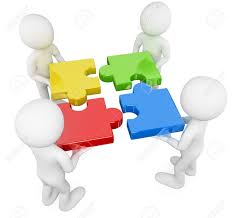 Happy 2nd Birthday to Engager Dynamics! Last year I called it an Anniversary and summarized what the blog is all about. My first post, Star Performance, went up on April 15, 2018. So this is celebration week. So much has happened since that post. I was working for a different company at the time. I’ve joined the John Maxwell Team since then. You can check out my Team page here. What’s been happening in your life over the last two years? I’d love to hear in the comments below.

Last week I started a series for this month called The Power of Connection. We’re talking about connection because connecting with people increases your influence with them, and, thereby, it increases your ability to help them. Any leader worth their salt has helping their people as a primary goal. So, last week we focused on the principle that connection is all about others.

For example, one study showed that only 7% of what is believed comes from what we say. Another 38% of what people believe comes from the way we say what we say, things like tone of voice and facial expression make a huge impact, for example. The remaining 55% of what people believe derives from what they see. What does your body language say and how consistently do your actions align with your message?

Add up the percentages and you will see that 93% of our connection/communication is unrelated to our actual words. So, our tone and actions can far outweigh whatever it is we’re trying to say. When that happens we actually disconnect with people.

Putting It Into Practice

The current health crisis is a prefect opportunity to see the power of connection. Think about the communication you’ve experienced over the last several weeks. What has been the content? The CDC recommends washing hands frequently, social distancing, and now suggests wearing a mask in public is a good idea. There is also the constant counting of confirmed cases and deaths worldwide, in the US, and locally by county.

That’s all information. How are those who are communicating the information behaving? Now, think about people’s attitudes. Do people believe what they’re hearing? How can you tell? What has been the most effective example of connection you’ve seen during this crisis? What has been the least? What’s the difference?

I just finished reading a chapter in Rudi Giulilani’s book, Leadership, called “Study, Read, Learn Independently.” Near the end of the chapter he writes about the impact Winston Churchill had on his leadership. Even though he suffered from depression, Churchill was able to inspire the people of England while Nazi bombs fell on London during WW II. Giuliani writes,

Luckily, most leaders, from executives to mayors, aren’t forced to worry about military action or the wartime safety of their citizens. However, when my hometown was attacked from the air–a few blocks from my office, a few miles from my home–and thousands of New Yorkers were killed, including hundreds who rushed to save others, I felt grateful to have studied the life of such a leader. The inspiration and encouragement I derived from reading about Winston Churchill was there when I needed it.

Who is making us feel inspired and hopeful. How are we doing that for others?

One Reply to “The Power of Connection – Part 2”