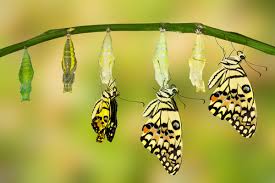 In my last post, I wrote about an organization I had been part of. One of the biggest issues with that organization was poor communication. Isn’t that almost always true? In this particular case listening proved to be a key transformational dynamic. When people knew they were heard by someone who cared and, when appropriate, took action on their concerns, trust went up, morale went up, and metrics went up.

Good communication in all its aspects is a necessary thread that runs through all the Engager Dynamics. But let’s take a few minutes to talk specifically about listening. Like anything else, the way we listen is largely a matter of habit. We may have good listening habits or we may have bad ones.

Here are a couple of good listening habits:

Now here are a couple of bad listening habits:

You may be able to identify with one or more of these good or bad habits. We can train ourselves to stop the bad habits and develop the good habits. How, is the subject of another piece. Suffice it to say we can pay attention to the way we listen and try to identify our habits. That’s the place to start.

[Note: this post and last week’s are re-published from a Linkedin article I wrote a couple years ago. I broke the article into two parts for readability]

One Reply to “The Habits of Transformational Engagement Part 2”