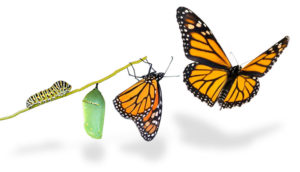 Several years ago I had the opportunity to step into an organization that had been under difficult leadership. All the people involved were good people but the employees felt disconnected from the leader. There was a lack of trust and all the corresponding baggage associated with that. The fact that this organization was overseas and that most of the employees were expats only exacerbated the situation. When the leader resigned I was asked to step in and try to “calm things down.” So . . . What now?

There is a lot of good discussion these days about it. Some are augmenting the idea by calling it “Transformational Engagement.” I’m part of this conversation and I love the concept of Transformational Engagement. Most of the dialog is about the benefits of Employee Engagement, what an Engaged Employee looks like, and/or the factors in an organization that contribute to or detract from Employee Engagement. This is very important to the conversation but it fails to zero in on the crucial factor . . . leaders. While some people naturally engage in their work because that’s the way they’re wired, in most cases the onus of engagement rests on the leaders. Leaders, managers, and supervisors need to be “Engagers,” people who engage others.

Studies have shown that as much as 45% of what we do each day is out of habit. So, I want to talk about the Habits of Transformational Engagement.

Aristotle said, “We are what we repeatedly do. Excellence, then, is not an act, but a habit.”

I like to say, “The beginning of Wisdom is the definition of terms.” So, before going any further, let’s define what we’re talking about. These definitions are taken from the online Merriam-Webster dictionary.

Habit: An acquired mode of behavior that has become nearly or completely involuntary
Transform: To change something completely and usually for the better
Engage: To induce to participate, to involve

My working definition of Transformational Engagement is: “Causing people to invest their best energy, creativity, and passion into improving the organization.”

Back to the question raised at the end of the first paragraph, “What now?” In that situation I did a written survey of all the employees (at the time there were between 50 and 60). I compiled the data from the survey and then met one-on-one with each employee. In those one-on-one meetings I shared the results of the survey and then asked questions to get candid anecdotal feedback on their thoughts about the organization and its direction. From what we learned together through that process we implemented some changes:

You read that last point correctly. No one had said anything about it specifically during the survey process, and I did it because it’s the way I’m wired, but I received more positive feedback on my door being open than almost anything else that was changed. People appreciated access to leadership and they appreciated being heard. It wasn’t long before the atmosphere changed. People began to have fun at work and our outcomes improved. Staff and customers alike often commented on the transformation.

[Note: this post and next week’s are re-published from a Linkedin article I wrote a couple years ago. I broke the article into two parts for readability]