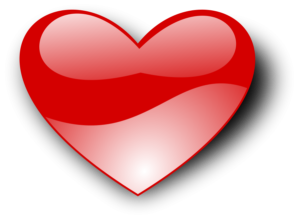 We come now to the final Engager Dynamic on my list, Love. I’m not talking about office romance or any of that “love” that is merely a half-selfish pleasure in being around those who care about us. I’m talking about a sincere desire for the well-being of others that is often accompanied by a genuine affection for them. In many ways, Love is the embodiment of the other Engager Dynamics and it is the climate in which they flourish.

What’s Love Got To Do With It?

There is an old saying, “No one cares how much you know until they know how much you care.” An engaged workplace is one where people feel safe — safe enough to experiment, to challenge, to share information, to support each other, and where the work groups are prepared to give the boss and the organization the “benefit of the doubt.” That kind of engagement develops in an atmosphere where people feel genuinely cared for, or, I would say, loved.

An ancient Hebrew Proverb comes to mind here. “Know the state (face) of your flocks, and put your heart into caring for your herds, for riches do not endure forever, and the crown may not pass to the next generation.” The application to our modern workplace is that we should know the faces and put our hearts into caring for the people who produce our product or deliver our service. If we don’t, our company’s future is in question.

In an article that appeared in the Denver Post on May 13, 2013 entitled, “Southwest CEO Says, ‘All you need is LUV.'” Al Lewis said,

Unlike every other major carrier, it has never filed bankruptcy. It has never sacked employees with layoffs, furloughs or pay cuts. It is also the airline with the fewest complaints–just 0.25 per 100,000 passengers last year, according to the Department of Transportation.

There are plenty of theories as to how Southwest succeeds where most other carriers fail. But Gary Kelly, who has been CEO since 2004, says it comes down to love. “Love is part of the fabric at Southwest Airlines,” he said. “Love Field is our headquarters in Dallas. LUV is our three-letter symbol on the New York Stock Exchange. It’s a word that we’re not embarrassed to use about how we feel about the company, our employees and our customers.”

How Can I Do That?

Think about someone you know personally who most influenced you. Why were they such an influence in your life? Most likely it’s because they cared about you. How did you know they cared? I’ll bet one key way you knew they cared was because they listened to you. There is power in listening. Try taking time to really listen to what your employees are interested in. It will show that you care and it will help you learn to love your employees as people. They are not machines; they are human beings with families, hopes, dreams, fears, troubles and joys. Knowing that you care about them will create the environment for engagement to grow.

In his book, The Servant: A Simple Story About the True Essence of Leadership, author James C. Hunter defines Love by breaking it down into these components:

Patience – showing self control
Kindness – giving attention, appreciation, and encouragement
Humility – being authentic, without pretense or arrogance
Respectfulness – treating others as important people
Selflessness – meeting the needs of others
Forgiveness – giving up resentment when wronged
Honesty – being free from deception
Commitment – sticking to your choices

Who wouldn’t want to work for someone like that?! Learn to listen and to embody these elements of love, and you’ll have a workplace second to none in engagement and positive outcomes.