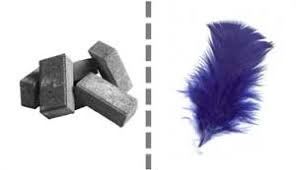 “I don’t have time for all this touchy-feely stuff. I need results.” I’m sure you’ve heard or maybe even said something like this before. In tough economic times with competitors breathing down our necks it’s understandable that business leaders need to focus on the bottom line. We need to measure and control all those factors that contribute to a healthy profit. Things like customer loyalty, employee retention, productivity and safety all contribute to a healthy bottom line. They can be measured in hard numbers. How do you measure “Listening?” What does Listening have to do with anything? Who has time for all this “soft” stuff?

Why the Soft Stuff Matters

In their book, First Break All the Rules: What the World’s Greatest Managers Do Differently, Marcus Buckingham and Curt Coffman outline the results of a 25-year Gallup study on World Class Management. The study cut across industries, countries, sizes of business, for-profit and non-profit and public and private sector organizations. In their book the authors focused on 12 survey questions that, sometimes counter intuitively, tied directly to desired organizational outcomes (in other words, “Hard Numbers”).

What the Cows Know

The California Dairy Producers aired a series of popular TV Ads. In the ads there were dairy cows in a variety of situations. These cows talked to each other about different funny things always showing that the California Cows are the happiest cows in the business. Each of the ads ended with the tag line, “The best Milk (or cheese) comes from Happy Cows and Happy Cows come from California.” Without satisfying an employee’s basic needs first, a manager can never expect the employee to give stellar performance.

In essence that’s what the Gallup study (and several others2) showed. Happy (or “Engaged”) employees are 5 times more likely to deliver on an organization’s desired outcomes than those that are not “Engaged” and far more so than the employees who are actively disengaged. Employee Engagement (“Soft Stuff”), then, drives Customer Loyalty, Employee Retention, Productivity, Safety and Profitability (“The Hard Numbers”). Furthermore, these five organizational metrics are trailing indicators of organizational health. You don’t know what the numbers are until the close of the reporting period. On the other hand, if your Employee Engagement scores are trending up it’s a good indicator that your other metrics will also improve. Employee Engagement is more of a leading indicator of organizational health.3

We’ve always “hung our hat” on providing the best Customer Service in the business, at a low cost. Now, I realize that almost any company would (and should) say that, so, you may be wondering, “What’s the difference at Southwest?” The difference is this: Everything begins and ends with our People. If we keep our employees happy and engaged, they will keep our Customers happy, who will reward us with their loyalty. That repeat business helps our bottom line and adds value to our Shareholders.4

This “touchy-feely stuff” might just deserve more attention than you thought. Improving a manager’s, a department’s or a business unit’s scores on these questions has been statistically proven to improve that entity’s other metrics. So, what does all this have to do with listening? That’s what the next several posts will explore.

1 Depending on the type of organization, these metrics may be slightly different. However, the connection between Organizational outcomes of any type and these elements remains intact.

2 Harvard Business School study The Service Profit Chain, as well as studies by the Dale Carnegie organization and others. 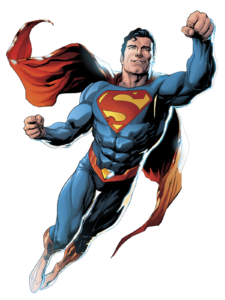 The other day one of my daughters asked me a random question. “What super power would you want to have, Dad?” I immediately thought of flying. I’ve always wanted to fly. How cool would it be to jump up and fly to wherever you wanted to go? So, without hesitation, I answered, “To fly!” She nodded, “Yeah, that would be cool!” she said, and moved on to ask the next unsuspecting family member.

Super Heroes have super powers they use to help people. They stop acts of terror, foil criminal plots, rescue people from danger and generally set things right. We love Super Heroes. But, after the movie is over or we’ve put down the book for the last time and returned to reality, we remember there’s no such thing as super heroes. There are no super powers that can fix the real problems we have at home, school, church or at work. Or, are there?

Do You Have a Super Power?

I would like to propose to you that we all have an underdeveloped super power. It may not make you faster than a speeding bullet, more powerful than a locomotive or able to leap tall buildings in a single bound, but this power can transform your relationships, strengthen the effectiveness of your organization, and propel your business outcomes. This underdeveloped super power we all have is the power of listening. “Wait a minute!” you may object. “Super powers, by definition, are active. They DO something powerful. Listening is so . . . passive. You just sit there while someone else is talking.”

I think your objection has hit the nail on the head regarding why this powerful tool remains so underdeveloped. We misunderstand the nature of listening. In a Forbes online article entitled “Are You Using the Most Powerful Leadership Skill?”, consultant Erika Andersen rightly referred to listening as the “Clark Kent” of Leadership Skills.1  Because we see it as passive it seems mild mannered and . . . well . . . weak. That’s exactly what people thought of Clark Kent. Then he stepped into the phone booth!

But listening is powerful. Fortunately many people are waking up to the power of listening. Some have tried to overcome the objection to listening’s seemingly passive nature by talking about “Active Listening.” That’s helpful because listening is not something that happens to you (passive), it is something you do (active). Because it’s interpersonal, the power of listening is universally applicable. It will transform your business (inter departmental, intra-team, with customers and vendors), healthcare (Physicians and Nurses, Doctor and patient), church (boards, when conflict arises, visitors and new members), school (parents, teachers, administration, students), family, club . . . all of life because it transforms relationships.

Don’t Take My Word For It

My knowledge of corporate leaders’ 360-degree feedback indicates that one out of four of them has a listening deficit—the effects of which can paralyze cross-unit collaboration, sink careers, and if it’s the CEO with the deficit, derail the company.

For leaders, listening is a central competence for success. At its core, listening is connecting. Your ability to understand the true spirit of a message as it is intended to be communicated, and demonstrate your understanding, is paramount in forming connections and leading effectively. This is why, in 2010, General Electric—long considered the preeminent company for producing leaders—redefined what it seeks in its leaders. Now it places “listening” among the most desirable traits in potential leaders. Indeed, GE Chairman and CEO Jeff Immelt has said that “humble listening” is among the top four characteristics in leaders.2

Listening, far from being passive, is powerful because it allows you to see the world through someone else’s eyes. Now that sounds more like a super power! Imagine the advantages of knowing how your boss or co-worker or spouse or competitor sees and understands the world.

In my next few posts I will outline the case for the power of listening as a direct contributor to hard organizational outcomes, reveal the necessary heart of powerful listening, and give you some exercises to help develop your listening power.