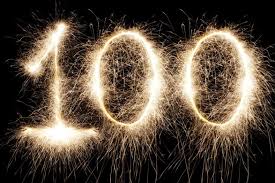 This is the 100th post for Engager Dynamics! Whoo Whoo … celebrate good times, c’mon!” I love that song! Anyway, it’s the 100th post since I’ve been numbering them like I currently do. I write my posts in Evernote then copy and paste them into my website engagerdynamics.com with wordpress. WordPress automatically posts them to LinkedIn and I paste the link into my facebook profile manually since facebook stopped allowing automatic postings awhile ago. I recently created a facebook business page for Engager Dynamics and am working on improving that. I said “at least since I’ve been numbering them the way I do” because WordPress tells me I’ve actually posted 107 times. That’s because I posted a few extras in the middle of the week that I numbered with an “a” after the main post number.

What’s It All About?

I’ve been providing contracted services to clients in multiple industries for over 20 years. In some of those engagements we provided staff who were supervised by the client’s leadership team. It was particularly clear in those situations how strongly lack of engagement negatively impacted the business. I’ve observed that same negative impact within organizations I’ve worked for as well as within partner organizations. Those who really engage are rare and that bothers me. So, I decided to add value by sharing some important truths I’ve learned along the way and that’s what got me started with this blog.

I normally post every Monday morning before 6 AM on the west coast. In my second post, nearly two years ago, I defined what I mean by Engager Dynamics. In short, this blog is about the things we can do to connect or engage with people at work in ways that improve relationships and organizational outcomes. The posts fall into four main categories;

You can find the last 15 posts in each category listed on my “Posts by Category” page. Some of them overlap and there is another category on that page called “Words.” I call myself a word nerd, and this category captures posts where I share a specific word definition or two regardless of the main topic.

Over the last few years I’ve developed a training that has been well received by several clients. The training focuses on the specific actions leaders can take to engage with their people. I’ve been refining the training lately and recently did an informal poll of readers to see which title would be more interesting. I had two choices 1. “Best.Boss.Ever. – How to Be the Best Boss Your People Will Ever Have” or 2. “The 12 Transformational Laws of Engagement.” Just over 70% preferred number 2.

The next question is delivery method. In addition to offering the training in person, I’d like to make it available more widely. I wonder how people might prefer to receive it. I could present it in an e-book, or as an audio file series, or as a series of videos. What do you think? If you were interested in a teaching on “The 12 Transformational Laws of Engagement,” how would you prefer to receive it? Thanks in advance for letting me know. 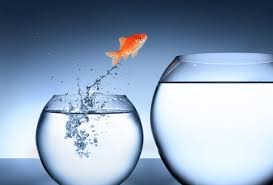 In 1964 a psychologist named Robert Rosenthal conducted an experiment in some elementary school classrooms. He told the teachers that a special test he’d administered to their students had the ability to predict which students were on the verge of great intellectual growth. He randomly selected some of their students as those who had been so identified by the test and told the teachers who they were. The teachers, who thought this was all legitimate, went on to teach the students based on the expectation set by the test outcomes.

As he followed the children over the next two years, Rosenthal discovered that the teachers’ expectations of these kids really did affect the students. “If teachers had been led to expect greater gains in IQ, then increasingly, those kids gained more IQ,” he says.

This psychological phenomenon identified by Robert Rosenthal is also known as the Pygmalion Effect. The name, interestingly, is based on an ancient Greek myth about Pygmalion who fell in love with one of his sculptures which, then, came to life. The psychological effect follows the mechanics diagrammed below:

In essence, people tend to become what we expect of them. That’s because our expectations influence how we behave toward people. They internalize the impact of our behavior and incorporate that into their beliefs about themselves which influence how they behave which reinforces our beliefs, expectations and behavior and around we go again. Pretty interesting and important. The higher our expectations, the better people perform.

The negative corollary to the Pygmalion effect is known as the Golem Effect. It simply says that low expectations have the same impact in the wrong direction. If we expect people to perform poorly, they will tend to live up to (or should I say down to) that expectation as well.

What Does This Mean for You?

I’ve written about setting expectations previously in this blog. This time, though, it’s not about letting people know what tasks and outcomes you expect from them. In this context, expectation is more about how successful you believe they will be at accomplishing those tasks or achieving those outcomes. It’s about your beliefs. Do you expect your team to win? Why or why not?

If you don’t expect your people to succeed, why don’t you? Do they need more training? Do they need better tools? Do you need different people? Or, do you need an adjustment to your beliefs, your expectations? This could be a challenging exercise, but, as John Maxwell says, “Everything worthwhile is uphill.” Take some time to reflect on each person on your team. What do you believe about them? What about the team as a whole? Where do those beliefs come from? Are they fair? What’s your evidence? Are they accurate? Are you producing the Pygmalion effect or the Golam effect with your people?

As a leader, you’re influencing your people by your actions. Those actions are fueled by your beliefs about them. How are your people doing? What do you expect?