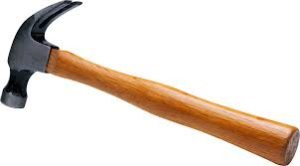 “If all you have is a hammer, everything looks like a nail.” That quote is attributed to Abraham Maslow from his 1966 book, The Psychology of Science.
Maslow’s quote has been interpreted as follows:

Have you ever tried to paint a wall with a hammer? Hopefully not! Inversely, have you ever tried to drive a nail with a paint brush? You get the idea. I have driven a nail with a rock before. That’s ingenuity! It’s also what people resort to when they don’t have the proper tools or equipment. I haven’t been able to find a number describing how much time and property has been wasted in organizations due to lack of tools or improper use of tools. If you find one, please let me know. But, can you imagine it?
So, our next Engager Dynamic is “Equip.” To “Equip” simply means
Both definitions imply that the equipping is done by someone for someone else. Guess who? The Engager, the boss is responsible to equip their team.

What Do They Need?

What tools or equipment are required for the various jobs on your team? It could be anything from PPE (Personal Protective Equipment) to sophisticated machinery depending on the complexity of the job. But there are other kinds of tools and equipment such as access to systems and people, communication devices, etc. It is the responsibility of the organization in general and the boss in particular to ensure their people have these tools (and that they are in proper working order).
What about that second definition of “Equip,” the one that talks about preparing someone mentally? What does that look like? Some of it may have been covered under Training, but there is more. One critical thing that comes to mind is preparing your team members to thrive within the particular culture of your organization. If you’ve ever lived outside your home culture, you know what a challenge it can be to learn new customs. If you haven’t lived outside your home culture, think about your first week or month on a new job. How many times did you think, “I wish someone had told me we were supposed to (or not supposed to) do that?” Another way to help prepare people mentally will be covered under the Engager Dynamic called “Inspire.” Watch for that post later.

In my leadership matrix where I list six of the Engager Dynamics on the Connector Axis and six on the Challenger axis, Equip is listed on Challenger. Why? Well, not equipping someone is the same as saying, “We’re not all that serious about our expectations.” Also, you are providing an excuse for under performance. How many times have we heard people say, “I don’t have the right tools so I can’t do the work?”
Equipping someone says, “we’ve invested the time and resources to make sure you know what is expected from you and to train you how to meet those expectations. Now we’ve given you the precise tools to be successful, the ball is in your court.” That’s a challenge.