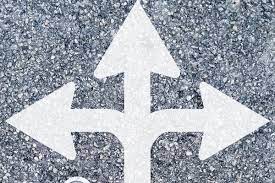 The first year we lived in China, one of the veterans of overseas living said to me, “to be successful living in Asia, you have to be willing to live with ambiguity.” He was right. I learned that the more of my western expectations I was able to let go, the more I enjoyed the experience of living there and the more I learned. Ambiguity means, “the quality of being open to more than one interpretation, inexactness.”

For example, one day soon after arriving in Kunming, my wife and two youngest children were walking outside near our home. My son, who was 9 at the time, overheard a woman talking on the phone. She repeated a mandarin phrase “na ge” (when pronounced it sounds like there is an “r” at the end of “ge”). He asked my wife, “Are these people racist?” My son is black and he thought she was saying the “N” word. It turns out that is a phrase that simply means “that one” and is used by some as a filler like our “um.” We had a good laugh about that misunderstanding when we learned the truth.

Fast forward a few years and my youngest daughter (twin to the boy in the previous story) is a high school basketball player. She is over 5-10 so she played in the middle a lot. One thing her coach worked on hard with the girls was their footwork. Footwork is fundamental to every basketball skill and one of the fundamental footwork moves is the pivot. When you want to move and not dribble, you have to establish a “pivot foot” and can only move the other one while that one stays planted. So you essentially swivel on that fixed pivot point.

Players pivot to protect the ball, to get open for a shot, or to get clear to pass the ball. Janessa was a great rebounder. She had a knack for pulling the ball down, pivoting to find her open teammate, and getting the ball to her quickly to move up the court. It was fun to watch.

Have you ever heard the phrase, “Life happens?” I’ve learned that my friend’s quote from the beginning of this post is true of living anywhere, not just in Asia. The more you are able to live with ambiguity, the more flexible you are, the more you are able to pivot, the more successful you will be. The opposite of that is to be brittle, and brittle often gets broken.

Probably the biggest of many pivots we’ve made in life was when we moved overseas. I had been laid off during the economic downturn of 2008/2009 and as a result, we lost our home. No one was hiring at the time so we had to pivot. Through an unexpected set of circumstances, we wound up in China. As you can probably tell by how often I reference it in my posts, that 2-year experience was wonderfully transformative for our family. We would never have had that opportunity if life hadn’t happened as it did.

Just like in basketball, we may pivot to protect something. We may pivot so we can take our shot, or we may pivot to give someone else a shot by passing off to them. Those are all potentially great moves in the game of life.

I know we all prefer autonomy. We want to direct our own lives and be in control. But, when everyone wants that, life happens. Sometimes your best autonomous move is to pivot.

One Reply to “Pivot!”