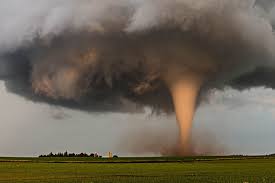 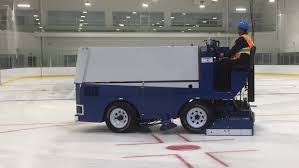 Do you know the difference between a tornado and a zamboni? The difference is in what they leave behind. A zamboni comes out on the torn up ice after a period of hard skated hockey and glides over the surface leaving behind a glistening smooth surface. A Tornado, on the other hand, smashes into the most peaceful, idyllic towns and leaves behind destruction and death.

People can be like zambonis or like tornadoes. I’m sure you’ve met both kinds. I know I have. What makes things challenging at work is when one person has both characteristics. For example, they may be a zamboni in their people skills, very friendly, always willing to help, but a disaster when it comes to the work they produce. On the flip side of that is the person who is amazing at what they produce but leave dead bodies in their wake when it comes to people.

We’re talking about character and competence, who we are and what we can do. Someone once said that character and competence are like the two wings of an airplane. You need them both if you want to fly. I believe that. I would rather work with someone who is pretty good at what they do (especially since it’s easier to teach skills than character), and of really good character than someone who is really good at what they do and a disaster when it comes to character.

What Difference Does Character Make?

When I interview people for leadership positions, I don’t ask them a lot of questions about skills. I may ask one or two to make sure they know what they say they know (actually, that’s a character issue, too), but mostly I focus on questions about character. “Could you tell me about a time when you were asked to do something you didn’t know how to do?” or, “Could you tell me about at time when you saw a co-worker struggling in their job?” I can teach you the skills you need to do the job.

Some lists of desirable character traits have been developed like the “Pillars of Character” from the “Character Counts” educational program for public schools:

Paul Tough’s book How Children Succeed identifies these traits as more important than IQ for success:

Who wouldn’t want to work with someone who possessed these qualities?

I believe it can! The bottom line requirement for a change in character is for a person do deal with their personal B.S. (Belief system). In other words you change the way you think about yourself and the world around you. How?

One way this happens is through a life-changing encounter with someone or something, something so traumatic or amazing happens in your life that it alters your world-view completely. A murdering, self-righteous, religious terrorist named Saul of Tarsus had such an encounter with Jesus Christ. He became the Apostle Paul after that encounter.

Another way that character can change is by intentionally putting yourself through a series of exercises that begin to develop a new mental muscle memory. Those in the religious world might call these exercises spiritual disciplines. Others may call them Habit Formation. The first one to work on is your belief about whether or not you can change. Start by changing your self-talk. Instead of saying to yourself, “I’m just direct whether they like it or not,” which indicates an unchangeable state of being, try saying, “that comment seemed to land more like a punch than constructive advice.” That would allow you room to think about how to offer the same information differently so the person hearing it would be more inclined to receive it.

Competence and Character, the two wings of the personal growth airplane. You can become a zamboni in both.

One Reply to “Personal Growth and Character”