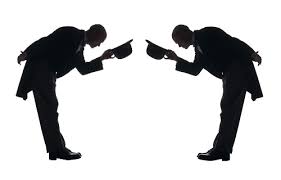 Several years ago I had an epiphany at Walmart. It was a Monday evening after dark. It was rainy so I had just dropped my wife off at the Walmart front door. I was about to pull away to park the car, but I waited for a woman who had just stepped from the parking lot in front of my car on her way into the store. I recognized her.

The day before, at church, she and her husband had been the focus of a celebration. They had just retired from an organization where they had spent their career living among an indigenous people group whose language had never before been learned by outsiders and had no written form. They had learned the language, reduced it to writing and taught the people to read it. Then they had translated the entire New Testament of the Bible into that language so the people could read it. It was an incredible lifetime achievement which I deeply admired.

The epiphany came when it occurred to me that to everyone else in that store, she would be just another lady in the Walmart checkout line.

That moment changed me in some way. It showed me there is no such thing as “just another lady in the Walmart checkout line.” Everyone has a story. Every story is unique. Just because I don’t know a person’s story doesn’t mean they don’t have one or that it’s not important. It is to them. “Treating others as important people” is how James C. Hunter defines “Respectfulness.”

The online dictionary defines respect in these two ways:

It comes from two Latin words that mean “to look back.” I’m not sure if that means to look back at someone who is looking at you, which is a western form of respect. “Look me in the eye when you speak to me.” Many eastern cultures consider that disrespectful. Or, does “look back” mean a double take, like when you glance at something and it catches your eye so you look again? Something worth giving your attention. I can see either meaning as part of Respectfulness.

I was having lunch with two colleagues some time ago when my phone rang. I didn’t recognize the number and normally I wouldn’t answer a call I didn’t recognize, especially when I’m in the middle of something. But, my colleagues happened to be saying something to each other at that moment so I answered the phone. The voice on the other end identified herself and asked if I had a moment to talk to the CEO. I took the call. That one was pretty easy.

I like almonds. There is a gas station near my workplace that sometimes has a sale on almonds, two bags for $6. I usually spring for the almonds when they’re on sale there. The question is, how do I treat the Indian gentleman who usually works behind the counter when I pay for my almonds? Do I treat him like I treat the CEO? His story is as important to him as mine is to me and the CEO’s is to him. Respectfulness dictates that I treat him as an important person. That gas station is usually busy so I respect his time by not trying to take too much of it. But, I do smile and clearly say, “Thank you” and I look for anything else I can do to be respectful.

Most companies have written into their policies that employees will treat each other with “dignity and respect.” I’ve seen collective bargaining agreements that have similar language. Why is that? Someone has said that contrast is the mother of clarity. So, what is dis-respect? Disrespect is to treat someone as though they were not important, to disregard them or to mistreat them. Clearly no relationships, work or otherwise, would survive long in that kind of environment. Organizations thrive when people treat each other with respect.

People need to know that they matter. They want to know they matter on a personal level and that their work matters. Showing respectfulness sends the clear message that both are true. The simple phrase, “Thank you,” for example, signals to the other person that what they did, large or small,  mattered to you.  That means they mattered.

Try this. Next time you go through a drive through, make eye contact with the person who hands you your order, smile, and clearly say, “Thank you.” Watch their face. Write to me and tell me what happened. If you can do that with a likely stranger, how about your co-worker or family member?

2 Replies to “Not Just Another Lady”