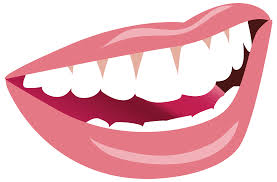 What? Isn’t that the opposite of listening? How can you “Listen” with your mouth? Didn’t you say that we should “hush” in order to listen? I hear the questions and I know it seems counter-intuitive. Let me put it another way. Awhile ago my wife and I were having a conversation with another couple who were friends of ours. At one point in the conversation the wife of the other couple said, “You guys are suckers!” Don’t be offended for us. She didn’t mean that we were gullible and easy to deceive. She went on to explain that she meant we “suck” information out of them like drinking through a straw. She meant it as a compliment and it was a way of saying we were good listeners.

They way we “sucked” information out of our friends was by asking questions. It isn’t like an interrogation. It’s a natural way to find out more about what they’re saying. If they’re telling a story, we want to hear some of the details they may leave out to shorten the story. Or, we may ask clarifying questions about the setting or people in the story. How are they related to the main event? Did I get the sequence of those events and the cause and effect right? Then there are always the heart questions, “how did that make you feel?” “Was she angry?” You get the idea.

You can ask questions during almost any conversation. If you think about it, most conversations are a story of one kind or another. Even if a co-worker is giving you a report, the report is a story about whatever the information in the report is about. Asking questions is key to understanding the full story of the report. Questions help you find out more details behind the data in the report. They can also help you find out why the data is the way it is.

This is the “R” in H.E.A.R. You may have heard terms like “Active Listening” or “Reflective Listening.” Those terms are describing this process. Reflecting can be very useful, but it can also be very off-putting if not done well.

The idea here is to let the person who is talking know that you’re listening and understanding by repeating back to them what they have said. It gets awkward and off-putting if it goes like this:

If you simply repeat the words the person has just said, it seems contrived and the other person may feel manipulated. That’s counterproductive to good listening. There needs to be a finesse to using this skill. Reflect back the essence or a nuance of what they said. That way you’re not only signaling that you are listening, but it’s also a way of checking your understanding.

Try this exercise. Read the following sentence several times out loud. Each time emphasize a different word and notice how the meaning of the sentence changes.

“I never said he stole money.”

There are six different nuances to this sentence depending on the emphasis. Reflecting is a great way to get closer to the speaker’s meaning. For example, you might say, “So, it wasn’t you who made the accusation.” or you might say, “So, you think he stole something else.” It depends on how the speaker emphasized the sentence.

Let me leave you with two final notes:

So, you see, it is possible (read with an emphasis on “is”) to listen with your mouth. In fact, using your mouth is a critical element to super-power listening.

One Reply to “Listening With Your Mouth”