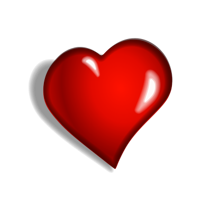 You May be too young to remember Sergeant Joe Friday. He’s a character from a 1950’s police drama called “Dragnet.” He was a dry personality who was attributed the famous line “just the facts, ma’am” Sergeant Friday wasn’t interested in any speculation and he certainly didn’t care about how the witness felt about whatever had happened; Just the facts. Facts are very important when we listen and I’ll write about that in a later post. They are certainly important when we’re doing “Evaluative (critical)” listening like we discussed in last week’s post. Good listening, however, also involves the ability to Empathize. Remember, it is the original “E” in the “H.E.A.R.” acronym.

There is some debate over the difference between “Sympathy” and “Empathy,” You know the word nerd in me has to look into the difference. Both words have the Greek word πάθος (pathos) as their root. πάθος means “suffering or deep feeling.” Sympathy is combined with the Greek word σύν (sun) meaning “with, together with” while Empathy is combined with ἐν (en) meaning “in, on, at, or by.”

Sympathy means to feel emotion with someone, to enter into their feelings. “I feel angry when you feel angry or sad when you’re sad.” Empathy means to be alongside the person as they are feeling and to understand their emotion. “I understand why you would be angry or sad in that situation.” I believe empathy is the better word because we want to remain objective as listeners while we fully listen to the other person.

I’ve said that our listening goal is to see the world through the other person’s eyes. That’s what I’ve called “Super-power Listening.” Hearing and understanding the other person’s emotions is not as easy as it sounds. We have our own emotions that auto respond to certain things. When we’re having a strong emotional response in a conversation, it’s very difficult to hear, let alone understand the other person’s feelings.

People often warn that you shouldn’t talk about Religion and Politics. Those happen to be two of my favorite topics. But, both topics are often strong emotional triggers and people know how hard it is to have a meaningful conversation when both parties are in contrasting emotional charge. What are some of the topics that emotionally trigger you? What gets you really excited or angry or sad? It may be a certain person at work or a family member. It could be a place that holds an emotionally charged memory or maybe a situation like being in a crowd or a closed-in space that gets you going. If you’re trying to have a conversation with any of these elements present, it will be difficult to listen with your heart.

Remember the “H” from “H.E.A.R.?” Hush is about more than keeping our mouth closed. It’s also about the ability to quiet things inside us like our emotions or prejudices (which also stir up emotions). It’s hard but you can do it.

Try keeping track of your daily encounters for a week. Jot down how you felt in every encounter. Name the emotions (Anger, Fear, Excitement, Confusion, etc.). Look through your list at the end of each day and try to decipher the triggers for each of those emotions. What caused you to feel that way in each encounter? This exercise will help you become more aware of your emotional responses. Being more aware will help you take control.

Try this. Think of a red balloon. OK, now think of a green tree. How did you do? Were you able to think of those things? You can decide what you want to think about. That’s part of self-control. Now that you’ve made yourself aware of emotional triggers and responses, you can tell them to “hush” when they interfere with your listening and you can tell yourself to pay attention to the other persons feelings. A word of caution; this also requires courage. The other person may be expressing things that are difficult for you to hear. If you can see from their point of view (super-power listening) by empathizing with them, you will make a growth opportunity out of what might otherwise have made you mad. Who knows, you might even build a better relationship with that person.

Emotions tell us so much more than words alone can convey. Develop the ability to listen to people’s emotions, to listen with your heart, and you will be an advanced listener, well on your way to super-power status.