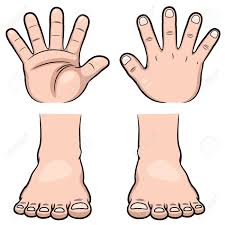 The other day my wife, Suzi, and I were in the car. She said something to me about how she was feeling. I was thinking about something else at the moment and it took me too long to acknowledge her comment. I had heard her and was thinking about how to respond, but how would she know that? Even a simple “Hmm” would have sufficed in the interim until I could ask an appropriate question. Instead, she had to ask, “Did you hear me?” Not my best moment. By not responding to what she said, I had sent a message that I either wasn’t paying attention or didn’t care. Neither is the message I wanted to send. But it’s not about intention. It’s about action.

Taking notes is one way to listen with your hands. This is a great use of that bonus brain time we talked about in another post. It’s also a great way to capture those words that so often vanish once they’ve been spoken. Taking notes also sends a signal to the other person that what they’re saying is important to you.

I have a colleague who works in Human Resources. Whenever she talks with employees she is always writing. Her notes are very detailed and she has a library of notebooks. Frankly, I don’t know how she finds her notes later, but she knows where everything is. You don’t have to go that far to make excellent use of this tool.

Try jotting down key words or phrases to jog your memory of the conversation. Another suggestion is to divide your note paper in half. On one side write the main idea(s) or concerns that are being discussed. On the other side record facts and details that support those ideas. Don’t get so lost in taking notes, though, that you forget to make eye contact and to pay attention to body language and other clues.

When someone says, “I just don’t feel heard,” they usually don’t mean they are uncertain their voice has caused the other person’s eardrums to record sound. They usually mean the person hasn’t done anything in response to what they’ve said (like me in my opening example). People say, “No one ever listens” at work because they believe no one follows up, nothing ever gets done. Are they right?

While serving as the interim director of an international school in China it was brought to my attention that our local Chinese staff felt they were not being treated fairly in their compensation. I met with the staff members and decided to do some research. I met with local government agencies, a local attorney, business leaders of Chinese companies in the city and other Chinese educators to find out what the compensation packages were like for their employees. I learned that our packages were competitive. With the exception of one adjustment regarding housing allowance for married couples where both worked at the school, we made no changes to the compensation.

The important part of that story is that I went back to the staff and shared what I had learned and how it affected my decision. If I had not done that, the staff would have felt unheard and frustrated. They may have felt that the foreign director didn’t care about the local staff. That was the opposite of the truth.

When someone talks to you, listen for actions you can take to follow up on the conversation and take those actions. I just had a conversation with a guy who got the idea for his honeymoon from a passing comment his fiancee had made about something she always wanted to do. They did that, and the honeymoon was a huge success.

The action you take will not always be as obvious as a honeymoon based on a life-long wish. So, you will often have to make an effort to close the loop. Let the person or people know what you’ve done to follow up on your conversation. When you take action and close the loop, people know that you’ve listened.

One Reply to “Listening With Your Hands and Feet”