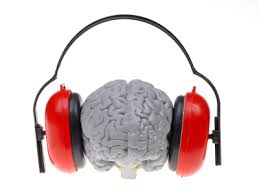 Not long ago I was having a conversation with someone who said, “I lowered my voice.” What does that phrase mean? I would usually think the person used either a lower pitch or a lower volume when they continued speaking. What if I told you the person’s first language was not English. Does that change the meaning? Not necessarily. What if I told you the context was them talking about a phone conversation they were having and the person on the other end was talking very loudly. That wouldn’t necessarily change the meaning either. Now, what if I told you that when they said, “I lowered my voice” they acted out lowering the volume on their phone. Now what do you think they meant? They were saying they lowered the volume on their phone so others wouldn’t hear the loud person on the other end.

In that true story, the person used an unusual English word to express what they meant. I had to process all the things I mentioned as possible clues to what they were saying in order to understand. That’s called listening with your brain.

Simply put, language is the agreement between people that certain sounds have meaning. As humans, we are able to articulate distinct sounds. We put those sounds together into what we call “words.” By mutual consent we string those words together into meaningful patterns called “sentences” and so on until we are communicating complicated ideas.

In an ideal listening situation we only need to pay attention and focus our bonus brain time on the matter at hand to listen fairly well. What about less than ideal situations? What about when the person speaking has a very heavy accent that is different from yours? Or, what about when you’re in a noisy place trying to listen to someone? Try combining those two factors, accent and background noise, and you’ve got a very difficult situation. It’s in those contexts that the power of listening with your brain comes into play.

Like in the story I told at the beginning of this post, often you will have to draw on cues and clues other than just the words or even body language to understand what’s being communicated. You will rely on your knowledge of the person, or the topic, or the context, and process all that together to fill in what’s missing in the language.

The reality of listening with our brains became vivid for me when my family moved to China for two years. When we arrived in Yunnan Province I knew 11 words in Mandarin. I could count to ten and say, “ni hao” (hello).

After a month or so I had learned a few more words (our work was done in English so we learned Mandarin slowly). We invited some friends over for dinner and wanted to have roasted chicken. That meant I had to go to the little meat shop in our neighborhood the day before and order two chickens to be sure they would have them. We also wanted to be sure we let them know we didn’t want the heads and feet (usually in tact when you purchase chicken) lt took me over half and hour using a few Mandarin words, hand motions, pointing, and charades (you can imagine!) to communicate what I wanted. A friend of mine who teaches English to non-English speakers told me that’s called negotiating for meaning.

That negotiation required both the shop owner and me to listen with our brains. It was accompanied by many smiles, sheepish looks, and nods but I got my two headless, footless chickens the next day (although she weighed them and charged me before removing the unwanted parts). Overall it was a success!

Imagine how powerful our listening would be if we used our brains in “easier” listening situations like we do when it’s more difficult.