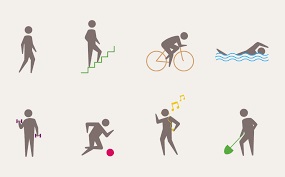 Have you ever played a sport or a musical instrument? If you have, you know what practice means. It means you learn a new skill. At first, it seems awkward and unnatural because you haven’t done it before. But you practice it. You do it over and over until it starts to get easier. Eventually it becomes second nature and you are able to incorporate it into your performance without thinking about it. It has become your habit.

One cool thing about Super-Power Listening is that you can learn skills that will make you better at it and practice them until they become second nature. You will be an habitual Super-Power Listener. In this post I want to suggest a practice drill or two for each of the previous posts on listening.

Listening with your Ears

Ears are the most obvious listening body part. But, we take in so much more with our ears than just words. Try these drills to develop this listening sense.

One drill is to “watch” a TV show without the picture. In older televisions you used to be able to turn down the brightness until the screen was black. If you can’t do that, close the TV cabinet door or close your eyes or wear a blindfold. This works especially well if you “watch” a show you don’t normally watch so you’re not familiar with the characters and story lines.

During this drill, pay careful attention to what you hear. What words do the characters use and what impressions do those words give you about them? What else do you hear? What about their tone of voice? What about other sounds in the scene? Do they tell you anything?

Another drill for listening with your ears is to close your eyes in a crowd and pick out the sounds and conversations around you. Try it in a crowded coffee shop sometime. Try to be inconspicuous so people don’t ask you if you’re alright. But, close your eyes. What do you hear? Over there someone is ordering a drink. Behind the counter a barista is steaming milk for someone’s drink. On the other side of your table there is a casual conversation. Are they friends? Have they just met? What are they discussing? Don’t listen too long or your just eavesdropping. What about the people behind you? You get the idea.

Listening with your Eyes

This drill is the opposite of the last one. This time watch an unfamiliar TV show with no sound. No cheating, don’t use closed caption during this drill. Keep it on mute for the entire show. Pay careful attention to what you see. What can you gather about dialogue from the facial expressions and body language of the characters? What else do you learn about the story line from the setting and the props?

For both of the TV show drills it would be fun to record each show before doing the drill (use a different show for each drill). That way you can go back with the sound on or actually watch the show to see how accurately you understood the story line and the relationship between characters.

Here’s another drill to strengthen your eye listening. First, watch this video.

Once a day, make it a point to observe everything you can in the first 30 seconds of entering a space. It may be an office, someone’s home, or a store. Later, write your observations down in a journal. What did you notice? Also write down what you learned about the person whose space it was.

I live in California and we have to have our cars “smogged” every couple of years before we can get the registration renewal. I took my car into a local smog shop last time and instantly learned that the owner loves pugs. He had a bookcase in his waiting room with pictures and figurines of pugs all over it. That one was pretty easy. But, If you get really good at this, people might even think your psychic.

Watch for the next couple posts. I’ll be sharing some exercises for listening with the rest of your body!