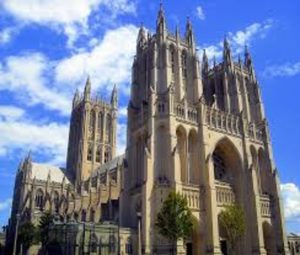 You may have heard a version of the story I call the “Quarry Story.” The way I heard it was, back in the day when stones were cut by hand in the building process, a man walked through a quarry and asked three of the stone cutters the same question, “What are you doing?” The first, with a look that questioned the man’s eyesight, said, “I’m cutting rocks, what does it look like?” The second, replied, “I’m making a living for my family.” When asked the same question, the third stone cutter looked up with an enthusiastic smile and said, “I’m building a cathedral!”
Which of these stone cutters would you say was engaged in their work? The third? I would. You might ask, “So what?” “What difference does it make if he’s engaged?” Well, let’s speculate beyond the scope of the story and ask, whose stones, do you think, were of higher quality?  My gut tells me it would be the third guy’s. And who do you think cut the most stones?  Again, probably the third guy. What is it about the third stone cutter that makes us believe he would cut better stones and more of them? In a word, Inspiration.

We hear a lot about Motivation. I’m talking about something more than that. Check out the definitions of each . . . (though they appear on the list of synonyms for each other, they are not the same)

inˈspī(ə)r/
verb
To Motivate is to give someone a reason. Most of the time we’re talking about an external reason like a reward (money, recognition) or a punishment (disciplinary action, being fired). To Inspire is to “fill someone with the urge . . .” It speaks of internal drive. If you check out the previous link you’ll see that “Transcendent Purpose” is one of three main internal drivers. Linking our work to a purpose bigger and more important than ourselves is what inspires people. In the Quarry Story the stone cutter who said he was, “Building a Cathedral” saw his job as a critical part of something bigger and more important than himself. He was Inspired. Because he was inspired, he was engaged. Because he was engaged, he was far more likely to be more productive and produce a higher quality product.

You might be thinking, “Our jobs are not that inspiring.” Don’t be so sure. Maybe you work on the production or shipping line in a commercial bakery. You’re not just packing hot dog buns, you’re feeding southern Texas (or whatever part of the country or world your product serves). Maybe you work as a housekeeper in a medical facility. You’re not just cleaning patient toilets. You’re saving lives. Or, maybe you work for a company with a social mission statement and whatever you do you’re providing jobs for people with disabilities (or whatever the mission is).
The point is that a leader who is an Engager is able to Inspire their people. They connect the daily tasks to the overall purpose of the organization and the purpose of the organization to something bigger. The Engager starts from the very first day of employment. From “Welcome Aboard” through training and every day after, Inspiration is the engine that drives the organization.
What’s your inspiration?