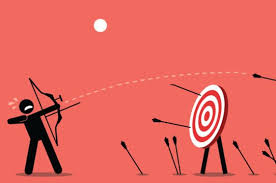 Have you ever gotten it wrong? Ever blown it? When was the last time you made a decision or acted in a way that turned out to be wrong? It didn’t bring about the desired outcome or it was actually counterproductive. Every one of us has, more than once. Now, when was the last time you acknowledged it? What did you do to acknowledge it? I had to acknowledge a failure last week which involved spelling out what the failure was and apologizing for a negative effect on a co-worker. That’s not fun.

Leaders Do Well to Admit When They Are Wrong

Everyone gets it wrong sometimes. That’s life, and making mistakes is part of it. How we handle situations in which we realize we’re wrong, though, says volumes about what kind of person we are. It takes high levels of honesty, integrity, and courage to admit when you’re wrong. Perhaps that’s why so few leaders do it. More than eight in ten respondents worldwide (81%) said that having a leader who will admit when he or she is wrong is important or very important to inspiring them to give their best efforts at work. Admitting when you are wrong demonstrates that the environment is safe for taking calculated risks, making mistakes and learning from them. And while good leaders will usually make the right calls, even the best will undoubtedly have opportunities to prove their reliability, trustworthiness and integrity by owning their mistakes.

I especially like the part about a safe environment for taking calculated risks, making mistakes and learning from them. John Maxwell says there are two kinds of people in regards to setbacks (mistakes): 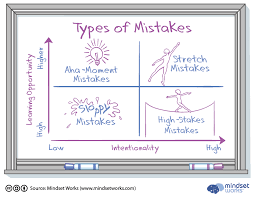 The lesson here is twofold. First, make sure your failures are not just the sloppy kind. Make sure you are failing because you are trying to find new and better ways to do things. Another quote from John Maxwell sums this up, “Fail early, fail often, but always fail forward.”

Second, again, own your mistakes. Analyze what went wrong. Talk about what went wrong with all the stakeholders. If someone was hurt in the process, be sure to apologize for those consequences. Also, and this is very important for creating an environment where your people want to learn and grow, forgive when others make mistakes. Because, we’ve all been there.