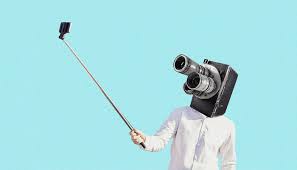 I’m driving home from a fun shopping trip with my wife and two youngest children the other day, when my daughter leans up from the back seat. “Here Mom, Let’s take a selfie.” The next thing I hear is, “Aw, c’mon, Mom!” Apparently “Mom” has made a silly face in the picture, again (this was the 3rd try). To which “Mom” replied, “I don’t want you posting any of those. I don’t like my picture taken. For my generation selfies weren’t a thing and many of us are uncomfortable with them.” She knows the silly face is just as postable as the smiling face (maybe more so) but she also knows our daughter will respect her wishes.

I’m in a meeting with some leaders who are talking about building rapport and collaboration across teams on a particular project. One of the leaders asks about ways to build rapport. I suggest, “Ask for help.” Some of them in the room look at me like I have three eyes. This team is older and more experienced than the team with which they’re trying to collaborate. By some measures they’re out performing the other team. Why, they’re wondering, would we ask THEM for help?

The answer, in a word, is Humility. Now, as John Maxwell points out,

When people talk about leadership, they don’t use the word “humility” very often. More likely, they describe a leader as strong or focused or ambitious. They would probably say the leader is confident or assertive. “Humble” may not ever come up, and if it does, it might not be used as a compliment.

But, what is humility? The online dictionary defines it as, “a modest or low view of one’s own importance.” C.S. Lewis says, “Humility is not thinking less of yourself, it’s thinking of yourself less.” Another explanation of humility says, “humility is not putting yourself down, it’s lifting others up.”

Someone has said, “Contrast is the mother of clarity.” So, what’s the opposite of Humility? Arrogance? Self-Centeredness? Sure, especially when you look up arrogant, “having or revealing an exaggerated sense of one’s own importance or abilities.”

Who would you rather work with? Someone who is comfortable enough with themselves that they don’t need to draw attention to their accomplishments but is willing and working to lift you up, or someone who says, “Enough about me, let’s talk about you. What do you think about me?” You know the type. The answer is obvious.

In the meeting with leaders I flipped the last question. I was asking that team, “Are you the kind of leaders the other team would want to work with?” By demonstrating genuine humility you build rapport and invite collaboration. Arrogance repels both.

I began this post talking about a selfie. I don’t really get the whole selfie thing. I can’t tell you how many times I’ve walked past a car full of people ignoring each other because they’re each taking one selfie after another (and looking at them and smiling). But, it’s not about selfies per se. I’m using the selfie as a metaphor for the kind of leadership that can destroy a team.