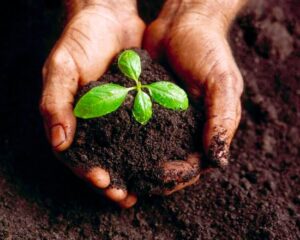 We currently live in California where there are 16 separate climate zones. We learned that the hard way one summer day after we first moved here. It was over 100 degrees in the Central Valley where we live, so we decided to go to the ocean. We chose to drive into San Francisco to enjoy the Wharf. We loaded our family of 7 into the mini-van all dressed in T-shirts and shorts and headed to the city. It was when we got out of the van at the Wharf that we discovered the short drive (less than an hour) had take us way out of our climate zone. It was in the lower 60’s in the city and we were too cold to enjoy the day.

Gardening and landscaping is interesting in California for the same reason. Nurseries and Garden Centers have to stock according to the climate zone(s) represented by their customer base. “Will the plants I want grow well in my climate zone?” The answer to that question can be different only a few miles down the road.

What Growth Climate Are You Creating?

People are like plants. We thrive and grow in certain climates better than other climates. One of the first components of a growth climate is the basic beliefs or assumptions you have about people. What you believe about them will determine how you behave toward them.

Some people have the following or similar basic assumptions about people:

What kind of climate do you think comes from those basic beliefs? I believe it would be a cold, dark climate filled with fear of failure and a punishment-based motivational model. Have you ever experienced a climate like that?

We are more apt to create a climate for growth when we believe:

What a different climate those beliefs would create. But, how do you change your beliefs? Are they permanently ingrained or can they change? I believe they can change. Often the only thing required to change them is to spend a little time getting to know your people. When you listen to them, 9 times out of 10 you will be amazed especially if you’re open to being amazed.

Once we have the foundational beliefs right, what can we add to the environment to promote personal growth for ourselves and our people?

Exposure – give yourself and your people opportunities to try new things. Let them attend meetings they normally don’t have access to. I’ve had people apply for promotions they didn’t expect to get just for the exposure to the process. One value of exposure is that it often generates questions which will lead to the next step.

Education – encourage yourself and your people to take classes. They could be toward certifications or just to answer those questions that came from Exposure. But, have a purpose for classes and don’t assume taking a class is the sum total of development. It’s always only a step.

Experience – the difference between Exposure and Experience is that instead of attending the meeting, you have the person lead the meeting. You let the person be lead for a day. You walk, or let your people walk in someone else’s shoes. These are amazing growth opportunities.

You have to be willing to let people fail safely for any of this to work. Failure is part of growth. In fact, we often learn more from our failures than from our successes. Failure may feel like “dung” but dung makes a great fertilizer.

A Word About Weeds and Suckers

Part of cultivation for plant growth is pulling weeds and cutting away unhealthy growth. That’s also necessary in personal growth. Correcting bad habits and redirecting people are part of the growth process. Sometimes you may even have to remove a toxic person from the team in order to promote a growth climate. That’s extreme and a last resort, but is sometimes necessary.

Just like California with it’s 16 climate zones, your climate doesn’t have to be the same as the one down the road to grow beautiful plants. But it has to be conducive to growing the plants you want.