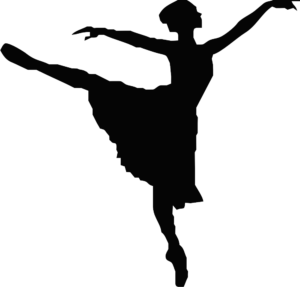 Our oldest daughter (age 27) describes herself as clumsy. But she’s also a dancer . . . very graceful. One day she was walking through our kitchen and tripped over something. Through her laughter she asked, “How does such a klutz become a dancer?” Interesting question. She has spent years stretching and exercising muscles she didn’t even know she had. She has worked on the barre perfecting movements and posture. She has practiced, rehearsed and performed. And she has taught others to do the same.

If you’ve ever learned to play a sport or an instrument, you’ve done the same thing. You learn a new skill. It feels awkward and unnatural at first. You do drills, seemingly endlessly, or play scales that seem more like drudgery than like making music. You practice and drill, practice and drill until the new skill becomes a habit, becomes second nature. It’s not until the new skill can be effortlessly incorporated into your performance that you become a competitive athlete or a virtuoso.

What Does This Have To Do With Engager Dynamics?

Surely you know that just reading or hearing information from a book or a class or a blog no more makes you an Engager than sitting in the stands at a football game makes you a quarterback. The same principles that apply to learning dance, sports or music apply to learning to be an engager. The Engager Dynamics are skills that must be learned to become a Master Engager (or your people’s best boss). The good news is, they can be learned.

I’m reminded of a couple scenes from the later version of the movie “The Karate Kid.” In the first scene the kid comes into Mr. Han’s home feeling pretty good about himself as an athlete. He shows Mr. Han a few moves as Mr. Han patiently watches. Then Mr. Han asks him to hang up his jacket. He does. Then Mr. Han asks him to take it down. He does. “Put it on”, reluctantly the kid puts it back on, “Take it off”. . . “Hang it up”. . . “Take it down” . . . “Put it on the ground” . . . “Pick it up” . . . all the while the kid is growing frustrated. He doesn’t understand what all this has to do with anything. The scene ends with a montage of the kid doing that routine over and over through sunshine and rain.

In the second scene the kid has had enough and tells Mr. Han he’s done. “They can beat me up if they want to,” he says as he turns to walk out. Mr. Han calls him back and begins to demonstrate to the kid what he has actually been learning. There is a great “fight” sequence toward the end of the scene and I love the expression on the kid’s face as he is realizing what he’s doing . . . automatically, and where it came from . . . the training. At the end of that scene Mr. Han says to the kid, “Kung Fu lives in everything we do xiao dre. It lives in how we put on the jacket, how we take off the jacket. It lives in how we treat people. Everything is Kung Fu.”

Have you ever heard the expression, “Vim and Vigor?” It could be used in a sentence like, “He was full of vim and vigor after that swim.” Both words speak of vitality or effort. Used in this redundant combination the expression intensifies to mean “Energy” or “Strength.” I heard one teacher use VIM as an acronym for

Vision – Can you envision what work would be like if your people were engaged?
Intention – Do you intend to do anything about that vision?
Means – The Engager Dynamics are skills that will get you there.

How does a klutz become a dancer? By working hard, by training herself to do things automatically that, at first, felt awkward or uncomfortable. That’s the same way an average leader becomes an engager, becomes the best boss their people have ever had. That leader will have to work hard, to train themselves to do things automatically that, at first, may seem awkward and uncomfortable.

You may be a Pacifier, an Avoider or even a Dictator right now. But if you act on your intention by practicing the Engager Dynamics you can become an Engager and change the atmosphere and outcomes of your team. In our next few posts we’ll be talking about how to do just that.