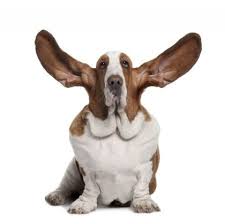 In a previous post I mentioned the lyrics to a song that talked about hearing and listening called “The Living Years.” The specific line was, “you can listen as well as you hear.” There is another song lyric from 1964 that mentions the same thing. Simon and Garfunkel’s “The Sound of Silence” said, “… people talking without speaking, people hearing without listening …” It’s interesting how prominent good listening is in music lyrics. I’m dating myself with the selections I’ve mentioned but there are many. The reason is that good listening is important to any relationship and most music is about relationships.

There is an acronym that can help to remember the key elements or steps to good listening. The acronym is HEAR.

H is for hush. We have two ears and one mouth. But, we often use them in reverse proportion. We often talk more than we listen. The first step in Hearing someone and certainly in listening is to close our mouths. We can’t listen when we’re talking. Hush also refers to quieting some of the internal barriers to listening like prejudice against a person or idea.

A is for Ask. I’ll write more about this in a later post. But, questions are the most useful communication tools we have. The first rule of good listening responses is when in doubt, ask. The presidents association of New York once estimated that good questions increase our comprehension and retention by about 15%.

R is for Reflect. I’ll also devote another post to this. But, good listening responses reflect the speaker’s meaning like a mirror. How? Repeat and rephrase what you hear. It’s the most basic kind of feedback. You’re simply feeding back the speakers words. It is often easier to react than to reflect.

Examples of this might include listening to an employee who is being investigated for a policy violation. It may be when you’re listening to your child explain how the accident happened. Listening to a sales pitch, listening to a political speech or even to a lecture at school are times when you need to evaluate what’s being said

When you listen to evaluate you ask, “How credible is the speaker?” “How logical is the argument?” “How am I being influenced by feelings rather than facts?” In the examples mentioned above, the speakers are usually trying to persuade you to a point of view or to a specific action. The credibility of the speaker, the speaker’s Logic, and the Emotion you feel when they speak are the trifecta of persuasion. Listen critically for each element when someone is trying to persuade you and you will make better decisions.

So, whether you’re “E” is Empathize or Evaluate, good listening begins with Hush, quieting yourself in order to focus on the speaker. Your “E” is always followed by Asking and Reflecting. This is a tidy little acronym. Try putting it into practice and see how your listening improves.