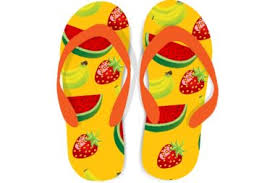 This time I’m not talking about the casual shoes for the beach. I’m talking about the term politicians use to accuse their opponents of being wishy washy on issues. “So-and-so is a flip-flopper,” they say. “Last year he held this position. Now he wants you to believe he’s on your side.” Have you ever heard that? Of course you have. As I write this post, the 2020 Presidential race is gearing up so we’re in for lots of this and more.

Can’t I Change My Mind?

Several years ago, the leader of an organization I was working with decided to change a policy that impacted how work was done for the entire organization. Not everyone was happy about it but that’s to be expected. People don’t generally embrace change with enthusiasm at first. After a few weeks of preparation for the the implementation, the leader changed his mind. He sent out a communication explaining that he had received additional information that caused him to re-think his decision. That new information led him to believe the change would not bring about what he had hoped to accomplish with the new policy, so he changed his mind.

The people in that organization were happy they didn’t have to change the way they did things. Beyond that, though, their respect for the leader grew. In that situation they didn’t see him as a “flip flopper,” they saw him as a transparent, thoughtful leader who was humble enough to acknowledge he was wrong in light of new information. The trick is not doing this very often. You don’t want to get mired in analysis paralysis. A leader most often needs to make a decision with no better than an 80% solution. That’s usually enough, though, because things change once you start down the path and you have to course correct along the way to reach the goal. But, make sure your 80% is solid information.

What’s at stake here is confidence. People want leaders who are committed to something and stick with it. Commitment inspires employee confidence in the leader, the organization, the future. The difference between the leader who changed his mind and a flip-flopper is the perception of motive. The flip-flopping politician, for example, seems to be changing their position based on whatever direction the wind of public opinion is blowing. The people perceive it as self-serving and manipulative. The leader who changed his mind, on the other hand, is perceived as having the best interests of the organization and it’s people at heart. It’s easy to see how one inspires confidence while the other does the opposite.

In a piece of ancient poetry, the biblical psalmists asks God essentially “Who is righteous?” The answer includes the following statement, “… [the one] who keeps an oath even when it hurts, and does not change his mind.” (Psalm 15) James C. Hunter, in his book on leadership, defines “commitment” as “sticking to your choices.” Organizations thrive when leaders make informed choices and stick to them.