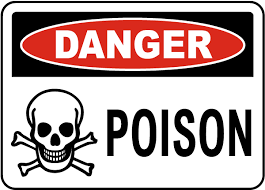 I’ve been around for a few years and, like most people, I’ve had my share of disappointments. I’m talking about the kind of disappointments that come from someone else making a decision or doing something that negatively impacted me. I’m sure you’ve experienced the same thing. Whether the harm is personal or professional, the emotional response is usually the same. You go through a grief process. That’s normal. What is, unfortunately, too common, though, is that people often get stuck in resentment after being wronged.

Resentment is “bitter indignation or anger at being treated unfairly.” Anger is one of the stages of grief. When we are treated unfairly or wronged, we lose something. It could be our job, an opportunity, our comfort, our sense of dignity or worth. We can lose many things at the hands of others. It’s the sense of loss that we respond to with grief.

Anger is like a match. When you strike it, it flares and burns for a few moments then it goes out. Resentment is what happens when you use that match to lite a charcoal fire. The flame settles into smoldering coals that burn hot for a long time. The problem with that smoldering fire is that it consumes the coals and leaves them in ashes.

Another metaphor for resentment is drinking poison and expecting the other person to die. When someone wrongs us we often want them to pay for what they’ve done. Somehow we believe our resentment will exact payment. The joke’s on us! They go on their merry way, oblivious to our suffering, while we whither inside.

The antidote to the poison of resentment is forgiveness. James C. Hunter, in his book on Leadership, defines forgiveness as “giving up resentment when wronged.” Sounds simple. It’s not. He doesn’t mean giving up in the sense of raising a white flag of surrender. He means letting the resentment go because you realize it’s only hurting you.

Don’t misunderstand. Forgiveness doesn’t mean excusing what the other person did. If they were wrong it doesn’t matter why they were wrong. It doesn’t mean saying what they did was OK. Wrong is wrong and if they harmed you they shouldn’t have done it. Forgiveness doesn’t mean just forgetting about what they did. No. There are lessons to be learned through the process. Besides, I don’t have one of those “Men in Black ‘flashy things’,” do you? (it’s a movie reference). And, the problem with sweeping it under the rug is that you usually trip over the bump in the rug at some point.

When someone does something wrong, justice demands a payment. They owe you. Forgiveness is canceling that debt. When you forgive, you realize you are going to live with the consequences of what that person did no matter what. Your choice is how you will live the them. Will you whither inside while resentment poisons your life? Or, will you thrive because you have released yourself from the expectation of receiving payment?

What do I know?

Several years ago, a gentleman got himself onto the board of an organization I was serving for what seemed like the sole purpose of torpedoing my work. He was successful. The board asked for my resignation. It was a confusing, dark time for my family. Many others in the organization were also confused and some felt hurt by our departure. Shortly after we left, he resigned from the board and left the organization, too. Strange.

Even now, when I think about it, I’m confused about what happened and I feel a twinge of pain wondering how things might have been different if I had continued in that role. Those are some of the consequences I live with but I’m thriving because I released myself from any expectation of payment even in the form of answers about why. I’ve also learned the truth of the song lyric, “Every new beginning comes from some other beginning’s end.”

If I can do it, so can you. Whom do you need to forgive?

One Reply to “Don’t Drink The Poison”