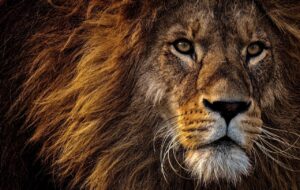 What is your biggest fear? I don’t mean a phobia like fear of heights, fear of spiders, or fear of public speaking. I’m asking about more common fears like the fear of loneliness, or the fear of rejection, failure, inadequacy, or the fear of being physically hurt or even the fear of uncertainty or meaninglessness. Fear unconsciously (or consciously!) blocks us from so much in life. Did one of those fears stand out to you when you read it? That, then, may be your biggest fear. But, this post isn’t about fear. It’s about courage.

I had to start with a brief mention of fear because fear plays prominently in the definition of courage. Courage, in the online dictionary,  is “The ability to do something that frightens one.” Or, as Theodore Roosevelt said, “Courage is not the absence of fear, but rather the assessment that something else is more important than fear.” That’s a powerful statement. Some people have said that courage is the willingness to act in spite of fear. No disagreement here, but Roosevelt’s quote seems powerful to me because it talks about why someone might overcome fear to take action.

That raises another question. What’s important to you? Another way of asking that question might be, what do you consider valuable? Setting aside for a minute valuable stuff, is your family valuable to you? Is safety and security? Your job? What about other valuable things also known as values, like integrity, love, honor, humility? These are questions we must answer if, by Roosevelt’s definition, we ever hope to be courageous. Which of us, after all, has never fantasized about being a “hero?”

Did one of those descriptions draw you in? Can you see yourself being a physical hero? Maybe. Or what about a social hero, or a moral hero, or an intellectual hero? And that’s not an exhaustive list. The point is that courageous people are clear on what’s most important to them.

A Call to Courage

It was after dark one evening 25 years ago. I was the brand new pastor of a small church in a small town outside Lincoln, Nebraska. Suzi, the kids, and I had just arrived home from a visit to central Illinois where we had lived and pastored previously. The drive was seven and a half hours so we were ready to settle in for the evening. Right after we arrived home we got a call telling us a dear friend who was a member of our previous church had passed away while we were driving home. We had just visited with him on our trip. He was ill but we didn’t expect him to go that quickly.

In the midst of our road weariness and grief, the phone rang again. This time it was a member of our new church. There had been a terrible car accident involving teenage boys from our small community. She was calling from the hospital, “almost the whole town is here,” she said.

“Are either of the other pastors there?” I asked. There were two other churches in town and I wondered if pastoral care was available.

“Yes,” she answered. But it was clear she wanted her church to be officially represented, too. I understood that, of course.

It would be a 25 to 30 minute drive to the hospital in Lincoln. That’s no big deal in and of itself. Being called upon to serve in these situations despite personal tiredness and grief was what I signed up for so that wasn’t part of my struggle. But I did struggle. None of the families involved were from our church and I was afraid that my showing up, the new pastor of the “other” church, might appear morbid. It might appear like I was trying to horn in on the community’s grief to benefit myself or our church in some way.

The Rest of the Story

I made a decision. Serving those people with injured children and answering the call of the person from my church was more important than my fears. I put those in God’s hands and headed to the hospital. By the time I arrived, providentially, everyone else had gone home. Only the parents of the injured boys were still there. I had uninterrupted access to the single dad of one boy and the mother and father of the other. I did my best to offer grace, compassion, prayer, and any other support they would need in the coming days.

It was a genuine tragedy. The single dad lost his son. The parents of the other boy eventually brought him home but he would never be the same due to traumatic brain injury. In the days before those outcomes were known, the people of our church stepped up to serve those families and the community in amazing ways. The result of their actions opened doors to ministry in that community that had previously not been opened. I was a small part of a big thing God did in those days. Had I not done my part, He would have found another way, but I’m grateful to have participated.

Every day may present an opportunity to overcome some fear. If we focus on what’s most important to us, get clear on that, I believe we’ll become more courageous.