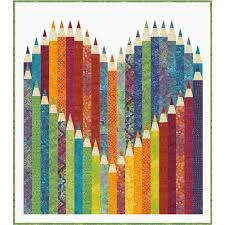 Now I’m going to sound like I’m contradicting myself from my last post. In that post, I wrote about boundary lines and how important they are for raising children and for employer/employee interactions in the workplace (not to mention on the road during a snow storm). Now I’m writing about “coloring outside the lines.” That phrase is usually associated with creativity and ingenuity. People who color outside the lines are those who break the rules of conventionality, who challenge the norms, and who create new things.

We often admire those “outside-the-liners.” Maybe it’s because they display a certain childlike freedom that makes us nostalgic for when we had that. As Pablo Picasso said,

“Every child is an artist. The problem is how to remain an artist once we grow up.”

Children are not afraid to try things because they are not paralyzed by the fear of failure. Children aren’t frozen by perfectionism. Children haven’t been shamed by comparison. These things happen to them (us) when they (we) get older and, sadly, when they (we) go to school. We admire, and, if we’ll admit it, long to be the kind of people described in this lyric from an older song called “Unwritten,”

“I break tradition
Sometimes my tries are outside the lines.
We’ve been conditioned to not make mistakes
But I can’t live that way.”

We are also encouraged by authors like Marcus Buckingham and Curt Coffman who wrote, First Break All The Rules: What the World’s Greatest Managers Do Differently. And it’s interesting that the single most watched TED talk of all time is called “Do Schools Kill Creativity?” by Sir Ken Robinson. Then there was Steve Jobs who encouraged us in this video that “Everything in life was made up by people no smarter than you and you can change it,”

Creativity is fun and ingenuity changes our lives. These are wonderful things and I want to display more of them in my life. What concerns me is those of us who think we aren’t creative or can’t come up with new ideas because of barriers we see to what we want to accomplish. We falsely think creativity comes from the absence of restrictions.

The Lines Are Our Friends

My Dad is a retired pastor and an artist. He writes a devotional blog based on different pieces of his art. Check it out and you’ll see that he often describes his art by the size of canvas (restriction), or the medium he’s used to draw or paint (restriction). The colors he uses (restrictions) all come from only three primary colors (restriction) combined in different ways. So, there is a sense in which his creativity is stimulated by the restrictions that exist or that he chooses.

One of our sons is a musician. He writes songs, he sings them, he plays the guitar and the keyboard, and he records them. The interesting thing about his songs, in fact, the interesting thing about every song that has ever been written is that they all have only 12 notes. All musical expression is limited to the 12 notes of the chromatic scale. What a limitation! How can anyone create anything significant with only 12 bits? You get the idea.

The bottom line of one study that looked at 1.7 million corporate award winners was that people who create new value on the job are most often inspired by their constraints. Those constraints may take the form of policies they must follow, procedures they must practice, rules that must be obeyed, or customer demands. The difference between award winning value-adders and everyone else is that they see the constraints as pieces of a puzzle to be figured out, not as road blocks to progress.

Whatever challenge you’re facing right now, don’t look at the 12 notes, or the 3 colors, or the size of your canvas and say “I can’t!” Look at the puzzle and say, “How can I?”