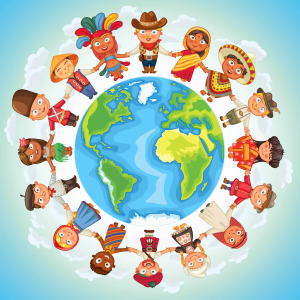 What comes to mind when you hear the word “Culture?” The word nerd in me wants to go directly to the dictionary to find a definition. The online dictionary that comes up when you type “culture” into the Google search bar gives these definitions: 1. the arts and other manifestations of intellectual achievement regarded collectively, 2. the customs, arts, social institutions, and achievements of a particular nation, people, or other group, and 3. the way of life for an entire society including codes of manners, dress, language, religion, rituals, and art.

Another thing that comes to my mind when I hear the word “culture” is the times my family and I have visited other countries. When you get outside the US, you see how differently people live in other places. Language, customs, food, smells are all different. And for the people living there, they are normal. We, the visitors, are the ones who are different.

You can also experience different cultures simply by visiting different parts of this country. Speaking of country, rural areas and urban areas have different cultures, don’t they? We’ve lived in nine states, some more than once. We’ve lived in NC, MI, IN, IL, MN, NE, CO, AZ, and CA. That spans the country from Southeast to Midwest, to Southwest, to West Coast. In some parts of the country you “mash” a button. In other parts you “hit” it or “press” it. In some parts of the country, a Coke can be an orange soda (or pop), and in some parts, things that are “gross” are “ishy.” You get the idea. I’m sure you have a lot of other examples, too.

I have a friend who owns a consulting firm called “Cultural Finesse.” He is from the U.K. and has lived and worked in 15 or so different countries from Europe to Africa to Asia to the Middle East. Now that guy knows a thing or two about different cultures! He started his firm to help U.S. based companies better understand how to work with companies from other countries and cultures. That is still a big part of his business but he has also realized how different the culture can be from one U.S. company to another, and even from one department within a company to another. So he helps with that, too. Check out his website for more information.

If you boil it down, culture is simply “how we do things around here.” Whether it’s a country, a people group, a region, a company, a department, or even a family, that description applies. Culture provides the foundation for the atmosphere (or climate) in which people operate together. Culture is more consistent and deeply rooted. Climate, on the other hand, can change quickly. When I was growing up n Michigan they used to say, “If you don’t like the weather around here, wait 15 minutes. It will change.” Most business climates don’t change every 15 minutes but they do change more readily than cultures.

The climate of an organization is founded on the culture but whether you have stormy weather or clear blue skies depends on the leadership. Climate can change as often as leadership changes. John Maxwell, one of my mentors, says, “Everything rises and falls on leadership.” That’s partly because leaders set the climate of the team or organization.

Stormy climates are teams that lack direction, are confused, don’t get along with each other, lack motivation, and get little to nothing done. Where does that come from? The leader. S/he is most likely not communicating clearly to provide direction and parameters, not helping the team catch the vision for what they’re trying to accomplish, and not exhibiting and promoting accountability. 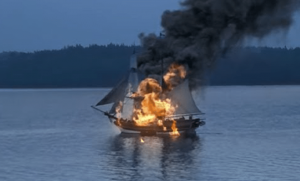 “Burn the Ships” is an album by musical artists For King & Country. The title cut is based on a moving story about one member’s wife and a struggle she dealt with. It’s a powerful song. I just listened to it again and in the comments below the song on Youtube, I read about how the song saved the life of a person who was about to commit suicide. Just before carrying out their plan, this song came on and they’re alive to tell the story. Wow!

The idea of burning the ships comes from the 1500s and an explorer who knew his men would be tempted to board the ships and return to the comforts of home rather than move forward with the mission. So, he burned the ships … no way back! Now the expression means the same thing. It means to move forward and don’t look back.

After years of “preparing” and talking about working full-time on a Leadership Coaching and Consulting business, I’ve jumped, I’ve burned the ships. On September 15, 2021 I incorporated “Engager Dynamics LLC.” My last day with PRIDE Industries was Friday, January 21, 2022. ” And today is my first day working full time in the business. I hired a consultant to help me with online marketing and here we go!

I’d love it if you’d go to my LinkedIn profile https://www.linkedin.com/in/jim-thomason/ , find this post and react to it (not just “like”), and do the same at my Facebook page https://www.facebook.com/engagerdynamics. Thank you!!

I had the opportunity to share at Grace Community Church in Lathrop, CA 2 Sundays ago. I called the message “It’s the End of the World as we Know It.” It’s not what you think! Here’s the audio. 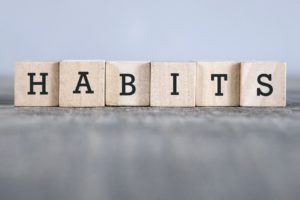 On Sunday I was able to share again with our friends at Grace Community Church. The title of this one was “How to Make Righteousness Your Habit.” We don’t hear that word, Righteousness, very often these days. But, it’s a good word and imagine how our society would be if it were more people’s habit.

There was no video this week, but they posted the audio which I’ve attached here. 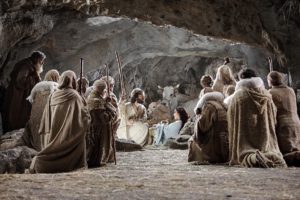 This is the Monday before Christmas, 2019. What are you thinking about? If you’re like me, you’re thinking about a lot of things. One of the things on my mind is this post. What should I write about? I decided to see what I wrote about last year at this time, so I went back and discovered last year’s pre-Christmas post came out on Christmas eve. I didn’t write anything about the holiday. I wrote about “Barriers to Good Listening.” It was part of a series on “Listening: The Super-Power You Didn’t Know you Have.” You can find the posts listed on my “Posts By Category” page at engagerdynamics.com.

Listening seems like an appropriate topic for our thinking at this time of year. We “listen” to our family and friends, for example, when they tell us what they want for Christmas. Our son Justin’s Christmas list is a much anticipated piece of holiday literature each year. It’s a humorous proclamation of his “demands” with corresponding “consequences” should they not be met. If you knew Justin, you’d get how funny such an approach is.

My point is that we demonstrate how we’ve listened by the actions we take about those Christmas wishes. I call it Listening with Your Hands and Feet. What I’m thinking about now is, What does Christmas want from you? Strange question? Maybe. We hear a lot about “The Magic of Christmas” and “Christmas Miracles.” I believe the things we put into those categories are the result of someone’s answer to my question. This season asks something from us. As a person of faith, I think of it as “The Reason for the Season–Jesus” who is doing the asking. Whether you’re a person of faith or not, this season asks us to change our attitudes and actions.

As we wrap up the possibly frenetic activities leading into Wednesday, Christmas Day, let me challenge you to listen to the season. What does it want from you? I encourage you further to listen with your hands and feet.