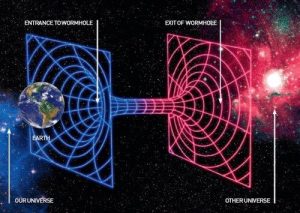 I had breakfast the other day with an old friend I haven’t seen in 25 years. We spent two and a half hours catching up. It was fun! At one point he said, “I want to tell you a couple of wild things that have happened.” Who wouldn’t be curious about a statement like that? So, I said, “OK, go on.”

He is adopted. That’s important to the story. Someone in his family gave him one of those DNA tests as a gift. He turned it in and what he found out started quite a journey. Turns out he has a full sister who is a little older than him. Hold that thought. He also found his birth parents whom he has gone to meet. He said there pretty cool.

When he contacted his sister, she was excited and soon came to visit him. They’ve gone to see her childhood home together. Here’s the interesting part. When he was born, he found out, they reached out to his sister’s adoptive family to see if they wanted to adopt him, as well. They weren’t ready to take in another child at the time so they declined. He ended up in a wonderful home and he loves his parents with no regrets. As an adoptive parent myself, that was comforting to hear.

Here’s the real point of the story. After telling me all about this, my friend said, “You know, Jim, I’ve had the opportunity to look into two alternate universes where I might have grown up. Each of those hung on a yes or a no.” I think that is profound. His birth parents said, “No.” His sister’s adoptive family said, “No.” His adoptive family said, “Yes,” and that became his reality.

We’re faced with decisions every day. Some of them are potentially universe-altering with a simple yes or no. This makes me think of three things.

We never make decisions in a vacuum. Our choices affect not only our lives but also the lives of others around us and even descended from us. There is potential life-altering power in a simple yes or no. Wield it wisely.

Every decision is a yes to something and a no to something else. Don’t get stuck in analysis paralysis. Yes, be mindful, but make the choice. You may not have all the information or all the resources you’d like, but not making a decision is a decision. They say “fortune favors the bold.” Take action. Make the decision.

One thing that might help with being decisive is realizing that many decisions, not all but many, can be reversed by simply making another decision. You may not be able to completely reverse course, but you can alter the direction you’re going with a choice.

My friend’s “universe” was the result of decisions that were made for him when he was a baby. He didn’t have a choice. But, his very successful life has been the result of great choices he’s made along the way from that starting point. His was a happy beginning. Many aren’t. Regardless of the starting point, you can alter your universe with a simple yes or no.

One Reply to “Alternate Universes – The Power of “Yes” or “No””