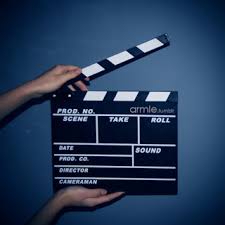 The set was ready. Costumes were amazing. Props, lights, mics, cameras were all ready. The actors were in place to begin shooting the first scene of director Phil Martin’s expected new blockbuster film. The anticipation was electric when Mr. Martin called out, “Action,” but nothing happened. Johnny Jones, the lead in the film, just walked off the set, went over to the catering table, picked up a muffin and asked one of the grips how his costume looked. “Cut!” Mr. Martin was livid. Wondering if they had cast the right actor for the lead role, he stormed over to Johnny Jones to find out what was going on.

The story is fictional (in case you couldn’t tell). Could you imagine something like that happening? That kind of thing happens all the time. Individuals and Teams spend hours dreaming and thousands of dollars (or more) planning, making preparations, and strategizing but never do anything. Why? Fear mostly. Fear is the great paralyze-r and the great demoralize-r.

What are we Afraid of?

If you recognize yourself in any of those fears, you’re not alone. These are the primary fears of each of the four primary personality types and we all fall into at least one of them.

In my fictional story about the actor Johnny Jones, the conversation would have gone on between he and Mr. Martin about Jones “just not feeling ready.” He has a combination of the fear of rejection and criticism.

Nike made this their slogan for an incredibly successful ad campaign. It was so successful because of how it resonated with people across the board. The slogan challenged us to take action in the face of our fears. It made us dream of being successful.

Conrad Hilton, founder of the Hilton Hotel chain, said, “Success seems to be connected with action. Successful people keep moving. They make mistakes but don’t quit.” Of course we’ll make mistakes. I’ve recently been working with a group who have a history of decision paralysis for fear of making a mistake (read, “getting in trouble”). The message to them is that it’s better to act. If you make a decision that leaders disagree with, learn and keep going.

Edward Muzio, author and CEO of Group Harmonics, titled a recent Huffpost article “Fail Forward Fast [Get over being right and get on with getting on with it]”

When a plane departs on a flight, the destination and route are set. All the appropriate planning has taken place, so the pilot powers up the engines and takes off. Did you know that during the course of that flight the plane will be off course 90 percent of the time? Weather conditions, turbulence, and other factors cause it to veer off so the pilot is constantly course correcting throughout the journey.

The U.S. Marines talk about the 70% solution. They know that, in battle, quick and decisive are more powerful than fully informed most of the time. They work hard to streamline their intelligence gathering and decision making timelines but choose to act even when only 70% certain of the situation. Victory usually ensues.

Whatever it is you’re mulling over, whether you’re waiting for more information or a better time, Buy it, sell it, quit it, join it, call it, write it …. Do it! Take Action.