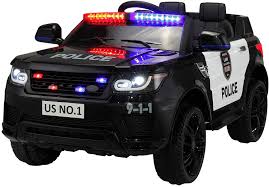 Suzi and I are doubly blessed to have five children. We are blessed once to have them and the double blessing is that we had them through adoption. Two of our children came through inter-country adoption from Guatemala. A third was born in the States but of half-Guatemalan descent. So, our older three (who self-identify as “Group A”) are Guatemalan. Group B, as they call themselves, came along ten years after the last of Group A. They came together as twins and are of African-American descent. Suzi and I, then, are the minority in our family. The kids are all grown now, but whenever we would go anywhere as a family we got interesting looks. Two white people with three Hispanic kids and two Black kids brought a mixed bag of reactions.

The two younger ones got jobs and so they needed transportation. They borrowed some money from their big brother and bought a modest sedan from a small dealer. That was just as the pandemic was shutting everything down back in March of 2020. The DMV was one of those entities that shut down. The dealer turned in the paperwork for the sale of the car by mail and paid the fees. For months no tags or registration came so the kids drove on the temporary dealer plate.

As I write this in August of 2021, they still have not received the registration and plates for that car. The DMV is conducting an investigation into what happened. The dealer paid the fees as his receipts show but somehow the system shows them still outstanding on the car so it won’t issue tags. It’s quite a mystery and it puts the kids in a quandary. The car is not technically legal but they still need to get to work. So, they’ve been driving it.

Our Youngest son, Jordan, is a winsome and gregarious young man who seems like a natural at whatever he decides to try. He is an athlete musician. In High School, he ran track, swam, played water polo, and was in the band. In band he easily picked up and switched back and forth between multiple instruments, woodwinds and brass. He also loves helping children and was involved in a high school program that mentored children with disabilities.

When our family moved to China for two years, Jordan and his sister were nine years old. I guess that was just the right age for him to catch a bug for living overseas. He’s dreamed of moving overseas since then. A Multi-Country European excursion with two friends right after High School graduation only added fuel to that fire. He also has a knack for languages. I remember how funny it was to see this young black boy successfully hail a cab and tell the driver where we wanted to go … in Mandarin! In High School he studied German.

He recently completed a course in teaching English as a second language and has accepted a job offer to teach next year at a small school in Spain. Seems like a fitting combination for him. He’s very excited and is working and saving money to make the move. He even opened a Go-Fund-Me page to help raise moving money.

As a result of the car tag fiasco, Jordan has been pulled over no less than five times for the expired dealer tag. Each time has resulted in a warning to get the situation corrected. He has a court date later next month but still needs to get to work so he continues to drive, often late at night when he closes at the fast-food restaurant where he works.

On a recent stop, after the usual explaining why he’s driving the car like that, the running of the driver’s license, and the officer telling him to get it taken care of, the cop didn’t ask him to step out of the car or begin to search him or draw his weapon, instead, he started making conversation. During the conversation, he heard about Jordan’s plans to teach English in Spain.  Then he asked an unexpected question, “Do you have a Go-Fund-Me?” Jordan was a bit startled by the question but told him he did and the conversation ended shortly after that when the officer had to get on with his work.

Later that day, Jordan got a notification that someone had contributed to his Go-Fund-Me account. He looked to see who it was, and was surprised to find that the officer who pulled him over had donated to his fund.

That’s not what you might expect to read these days when you see a title like “A White Cop and a Black Kid” so thought this might be a good story to share in the current climate. Thank you for reading.

One Reply to “A White Cop and a Black Kid”