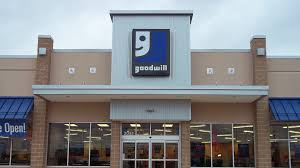 The final eastbound destination on our recent 12-Day journey was Nashville, TN. Here we were to revisit a tradition from the year or two we lived in Indianapolis where every several weeks we would drive to Nashville and our friends John and Julia (then all our children came with us) would drive up from Atlanta and we’d spend the weekend together.  Those were great times and we were excited to see our friends.

John and Julia are another couple we’ve known for over 40 years. John and I were security guards (with Keith) in Chicago in college and we’ve stayed in close contact through the years. Julia and Suzi love so many of the same things and John and I have worked for the same company in the past. I also worked for a company that provided service to John’s company once. Let it suffice to say, we never lack for conversation.

One of the traditions of our time together with John and Julia is a trip (or two) to a thrift store.  Suzi and Julia especially like to see what people donate in different parts of the country. So off we went to a Goodwill store in Franklin, TN outside Nashville.

Suzi and Julia went off on their treasure hunts inside the store as soon as we hit the door.  They have keen eyes and a sense for the kinds of things they’re looking for so they don’t take hours to complete their searches. Suzi usually fills a shopping cart with possible purchases or things she wants to show me that are unique or might be special in some way. But, often she walks out of the store with nothing or one or two small things. Occasionally, however, there is a piece of furniture that catches her eye. This was one of those times.

I noticed the two of them standing at the front register admiring something so I went to see what it was. It was a wooden chair. It sat lower than most chairs, had a rattan bottom, and was unusually wide. One elderly lady in line said it was a “story time chair” where you and a child could sit side-by-side and read a story together. Another lady in the line suggested, “you could but a big cushion on it and make it a dog bed chair.” The look in Suzi’s eye suggested, “I really like this chair.” So we paid the $15 and loaded it into the back of our vehicle to make the 2,200 mile trip home with us.

When Suzi and I hit the thrift store together, she heads off on her systematic search and I head to the book section.  Admittedly I rarely find anything. It’s like panning for gold. You sift through a lot of dirt and usually come up empty. When I say “dirt” I just mean things I’m not interested in. But, once in awhile, I find a nugget. This was one of those times.

Several years ago I ran across a video by Daniel H. Pink called “Drive: the Surprising Truth About What Motivates Us.” I saved a link to it in my Evernote file and have referred to it, been informed by it, and shared it with others often. The video outlines the research showing that the “carrot and stick” motivational tactics used by so many can actually be counterproductive. He shows that we are much more highly motivated by three intrinsic factors, Autonomy, Mastery, and Purpose.

Well, there, on the shelf at the Goodwill in Franklin TN was a copy of the book he wrote by the same title. I started to leaf through it, then I started to read a particularly interesting chapter. I was about mid-way through that chapter when I noticed Suzi and Julia at the front of the store. When I went up to see what they were looking at the book was under my arm.

I bought that book even though it had been thoroughly highlighted by the previous owner. I actually think that’s kind of cool. I get to see what they thought was important when they read it. It goes into much more detail about the research and shares great implementation ideas at the end. I enjoyed reading it so much I bought a clean copy to share with my colleagues.