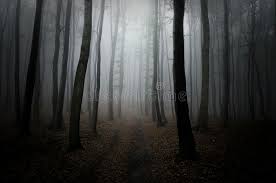 Keith and Terry are friends we’ve know for over 40 years. We met in college where Keith and I were security guards together in downtown Chicago. Keith and Terry were married a month before us and Suzi stood up in their wedding. Life circumstances have prevented us from spending as much time together with them as Suzi and I would love, so we cherish every moment we can get.

We met Terry at their daughter’s house where she was finishing up a day of (grand)child care and headed out to dinner. Terry drove us to a favorite restaurant, and, after we were seated, she got Keith on a video call. He was at the airport overseas waiting to come home. So, Suzi and Terry visited across the table while I got to visit with Keith for awhile through the wonders of modern technology.

After dinner (the best pastrami sandwich I’ve ever had) we picked up our car and followed Terry to their house. Keith had built them a house in the woods on land his family had owned for a long time. Though we’ve known Keith and Terry for a long time and I remember conversations about how the project was coming along, we’d never seen their beautiful home in person. We were looking forward to it.

I knew the house was in the woods. I just didn’t know how deep in the woods it was. The fact that it was already dark when we drove back to the house probably contributed to the feeling that we were way off the beaten path. All we could see on the one-lane drive was Terry’s car in front of us and what was immediately within reach of our headlights. That included a deer, a opossum and trees, lots of trees.

We eventually wound around the last bend into the spot Keith had cleared for their home and onto the driveway. What a beautiful place!  Terry took us on a tour. We even got to see Terry’s sister who was visiting and her parents who live in the downstairs apartment Keith built for them. It is a beautiful home and we were so glad to finally see it in person.

Despite Terry’s urging to stay the night, Suzi and I needed to get more highway behind us before settling in for the night. Terry offered to lead us back out to the main road but we declined. I had GPS and the we didn’t remember the route being that complicated. That was a mistake.

The Dark Night in the Woods

We headed back out into the dark night in the woods chatting about how great it was to  spend time with Terry and video chat with Keith. Then we came to an intersection. Left, right, or straight? We couldn’t remember. Straight looked like someone’s long driveway. We couldn’t see anything to the left or to the right. How did we get lost that fast? It had only been a couple minutes since we left Terry.

My GPS was pointing us down what looked like the long driveway so we immediately lost confidence it that and looked for a sign we’d seen on the way in. We didn’t see it so we made a decision. I don’t even remember which way we turned. But it wasn’t the same way we’d come in. I was actually impressed by how calm we both were for two people who had confidently told our friend we could find our way back and, only moments later, were completely lost in the dark in the woods.

We made another turn and stopped short when we realized this was someone else’s driveway. I put it in reverse, just when I realized I couldn’t see well enough to back around that turn headlights came on in front of me.

“Oh, No!” I thought, “this guy is wondering what someone is doing way out here pulling into his driveway.”

Up drove a stern looking man on an ATV. I rolled down my window and said, “I’m sorry, sir. We were just visiting our friends, and are trying to get back to the main road. We turned here but this looks like a driveway so we were trying to back out.”

“Who are your friends?” he asked in a tone that sounded more like an accusation than a question, though I could understand why he’d be wary.

“Keith and Terry,” I answered.

His face softened and he said, “That’s my nephew. This is a driveway. It’s my driveway. But you can pull along in front of the house, keep driving past and it will take you down to the main road.”

“Thank you,” I replied in relief imagining what an idiot he must think I am. At that point I was inclined to agree.

We drove on following his directions and found the main road in short order. We made the rest of the drive to our overnight stop without incident. Whew!

The Power of Stories

How many different lessons could be learned from that story? Aside from what you may have learned about me that I didn’t want you to know, I’d be interested to know what points you think you could illustrate with that story.