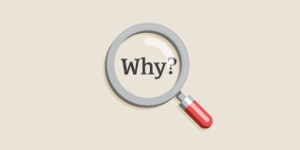 The other day I was coming out of a client facility. One of the Department Directors was coming in at the same time. I said, “Good Morning.” He said, “It’s Monday.” I said, “Best day of the week (I really like Mondays because you have the whole week ahead of you to get things done). His reply was, “One day closer to the weekend.” The weekend had just ended the day before! He may have been having a particularly bad day, but, more likely, he’s one of those people who doesn’t love what he does.

Sir Ken Robinson, in a video on Passion, says, “Many people spend their entire lives doing things they don’t really care for. They endure their lives and wait for the weekend with no real sense of fulfillment, with a general sense of tolerance for it, or not. If you want evidence of that just look at the annual receipts of the pharmaceutical companies and the brewing companies.” John Maxwell made the same point this way, “Most people don’t lead their life, they accept their life.”

You Come With a Kit

Another thing that caught my attention in Robinson’s video was the idea that life comes with a kit. “Most people,” he said, “have no idea what they’re capable of, no real sense of their talents or abilities. Therefore, they conclude that they have none.” Robinson’s conclusion has always been the opposite. “We are all born with deep talents and abilities. If you’re a human being,” says Robinson, “it comes with a kit.” The most distinctive part of being human is imagination. You have abilities and creativity that is uniquely yours.

Whether your watching a video by Simon Sinek, Robinson’s video, comedian Michael Jr.’s video, or reading John Maxwell’s book, Intentional Living, the conclusion is the same. We need to know our “Why.” What is our purpose in life?In his book, John Maxwell suggests asking the following three questions to help answer your question, “Why?”

He says that answering those questions and finding your sweet spot–that place where your passion and what you’re really good at come together–are key to a life of significance.

The first year we were at the International School in China, the senior class asked me to give their commencement address. I spoke about the power of stories, how they connect us, instruct us, move us, and shape us. Then I talked about their story and how it was mostly still unwritten. I even played the song, “Unwritten” by Natasha Bedingfield during the ceremony. The challenge was to actively write their story, to lead their lives, not just accept them.

Those where high school seniors. Admittedly, they were much younger than us and had more of their lives ahead of them. But, until the words “The End” appear on the page, no one’s story is finished. The best stories, in fact, have unexpected plot turns. What do the readers of your life story have in store for them? Make it legendary!